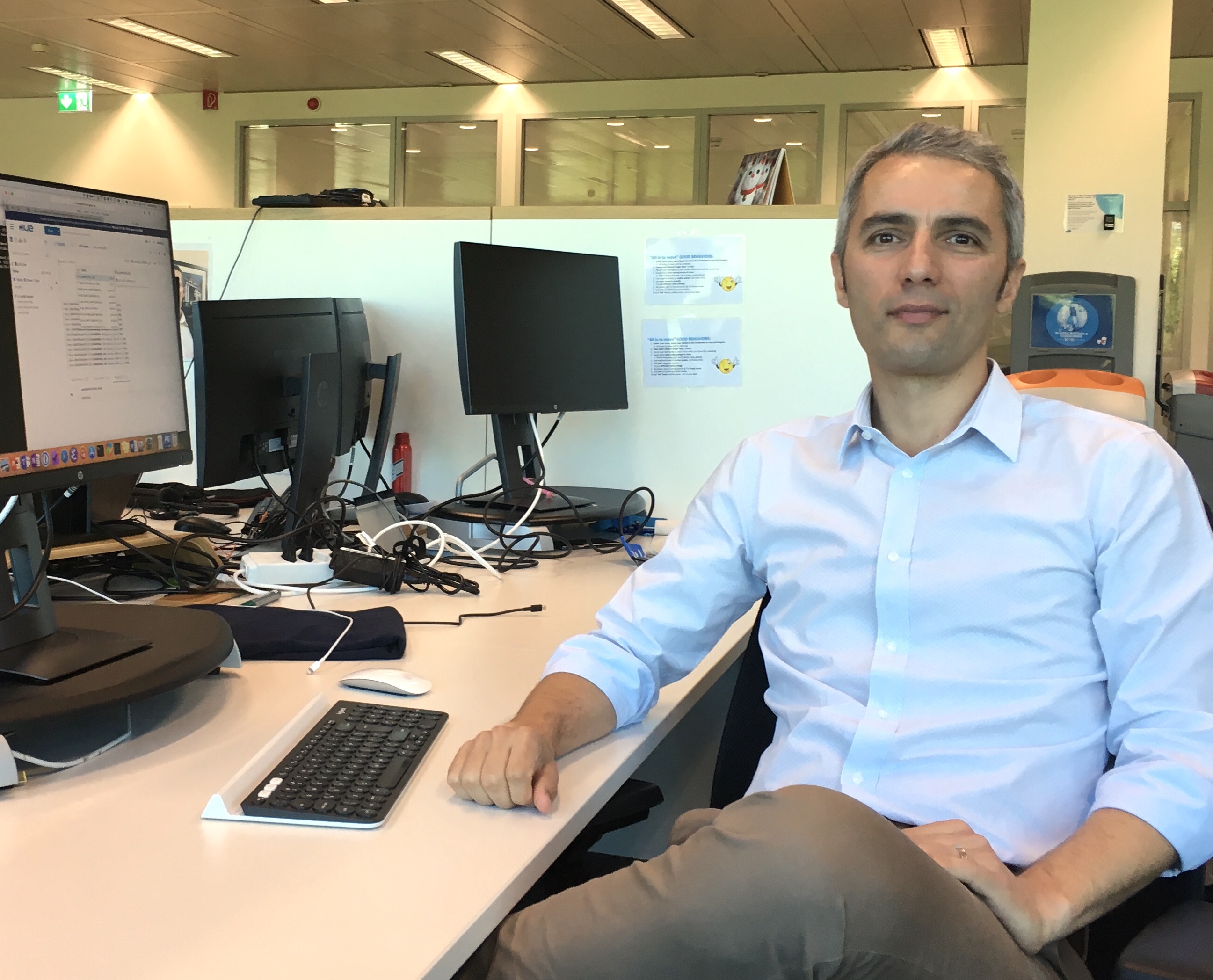 CERN Alumnus: Boris Mangano
At CERN from 2003 to 2016. As a member of the CMS collaboration, he took part in the construction of the tracker and, later on, he dealt with the data reconstruction and analysis.
Today: Data scientist in a private company

A degree in physics followed by a Master thesis, PhD and post-doc at CERN: this is the typical career path of a particle physics physicist. But a sharp change of direction disrupted the linear evolution of Boris Mangano’s career: “It was in 2016 and I was analysing data to search for any sign of supersymmetry,” he recalls. “That was the moment when I started to realise that, after having taken part in the discovery of the Higgs Boson, it was very unlikely that another big discovery would be within reach during my career. In particular, because any further discovery in the domain of particle physics was looking more and more dependent on the construction of new machines, bigger and more powerful than the LHC. Such enterprises can take many years and I had already been so lucky to have experienced all the steps, from the hardware construction of a particle detector all the way to the data analysis and the discovery!”

At CERN, Boris had developed many skills, ranging from how to build silicon strips to how to reconstruct data and then analyse and understand them. This latter skill seemed the most exploitable and the one that could ensure a challenging and interesting career evolution for Boris. A few months after taking the radical decision to quit the research field and after an ASI fellowship in data science, in the UK – a very useful career transition - Boris was hired by a private company to work with big data, this time for business. “Moving from academia to the private sector requires some preparation,” he says. “At CERN, I had acquired many technical skills and I was able to manage and work on huge volumes of data. However, I had to develop the “business acumen”, that is the capacity to understand the different contexts that business deals with.”

He read books, looked around for transitional opportunities to bridge the gap, and carefully prepared for his career move. “I knew I was lacking, for example, some project management capabilities and soft skills but I also knew that, thanks to CERN, I was strong in presenting results, facing difficult questions and challenges. And I was not worried about dealing with a different type of data. Data are data and the techniques you learn in academia are perfectly transferrable into business” says Boris.

Today big data is virtually everywhere: in physics, of course, but also in the medical and pharmaceutical fields, in finance but also travel and communication. The trend for data scientists is very positive as techniques such as machine learning and artificial intelligence are growing rapidly over the years. Using them to discover the secrets of the universe or to build an effective business plan for a company is different but equally fascinating and challenging.