Capitalising on the wider understanding of the benefits of science 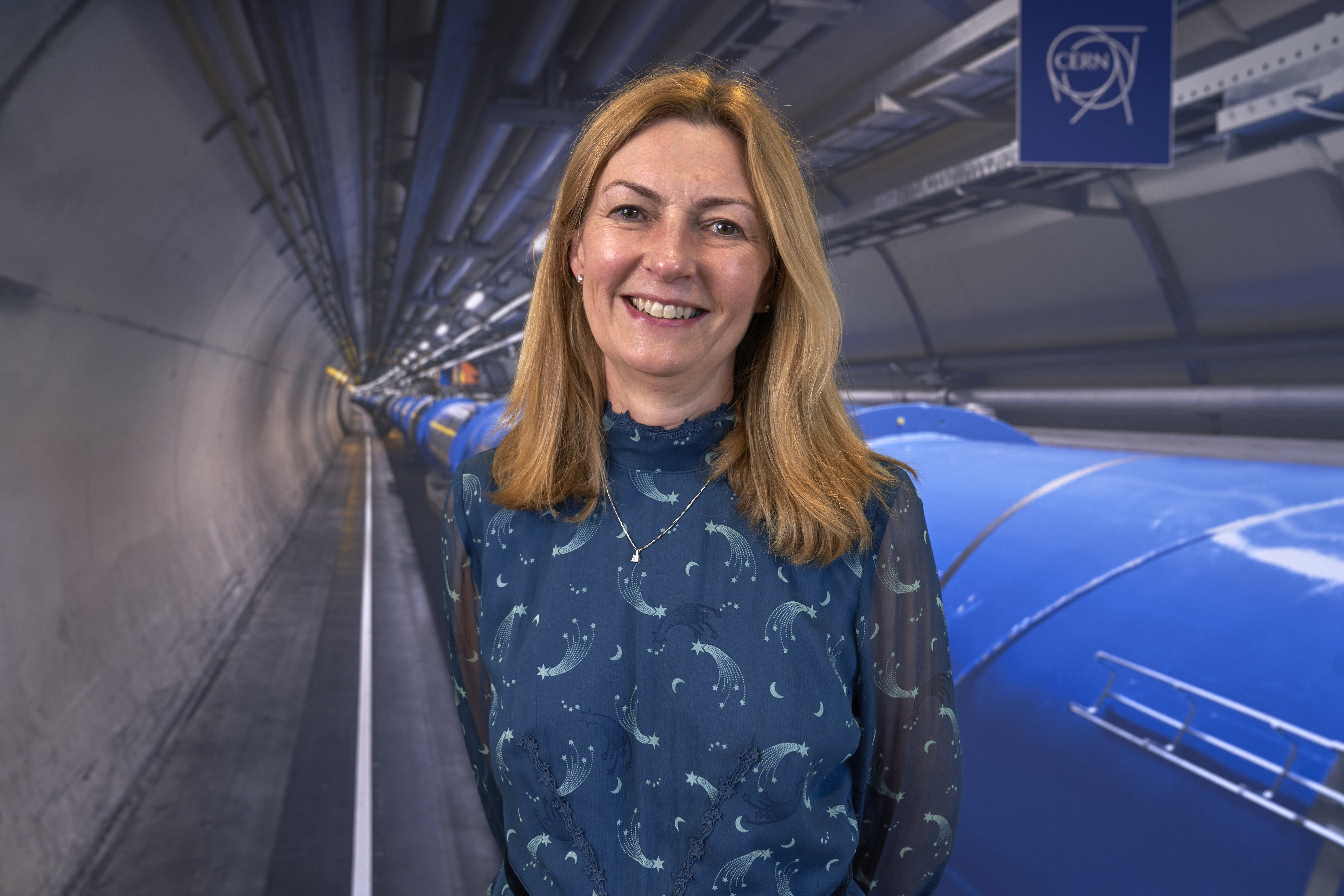 CERN Alumna: Anne Richards (Finnigan)
At CERN: from 1984 to 1988, worked on software and electronics for the LEP machine
Today: CEO at a private finance services company. Chair of the CERN & Society Foundation

Anne Richards came to CERN initially as a Summer Student in 1984 and quickly fell in love with the Laboratory’s international environment. It led her to apply for a fellowship the following year. During her time at CERN, Anne took part in one of the biggest endeavours of particle physics: the construction of the LEP machine and its 27 km tunnel, the first in history to host such a large accelerator. “I became immersed in the two extremes of physics: the massive scale of the huge machines that you have to build in order to ”see” the tiniest things that make up the sub-atomic world. My experience at CERN opened my eyes to the huge scale of science, the ambition of science and what it meant to be a scientist,” she recalls.
But at the end of the fellowship, Anne was in doubt: should she accept offers to continue her career in research or should she look for something else outside fundamental science? “I was really torn,” she says. “I was surrounded by these awesomely brilliant, completely focussed physicists who were willing to dedicate their lives to fundamental research. And much as I loved to be amongst them and was proud of my equipment being installed in the accelerator, I didn’t feel I had the same passion they did. I was still seeking something else.”

So, she decided to go back to the UK and went on to work for a technology consultancy firm in Cambridge where she had the opportunity to run a variety of different small-scale projects in a multitude of different technological areas. “I really enjoyed that variety, I think that was what I was seeking,” she confirms. “It might be a three-month project or a six-month project and then you go onto something new. Now I know that at CERN there are varied jobs one person can do, but at that time perhaps I wasn’t mature enough to realise that.”

As an alumna, Anne keeps strong emotional bonds with the Laboratory. She brings the team-based approach she experienced at CERN to the world of investment and finance. She also brings the internationalism that makes collaborations work and has actively sought out jobs that would allow her to travel and work with people from different places around the world. Just like in science.

Years later, in 2011, Anne came on a visit to CERN, in her words “to get an update of what was going on in the place where I had had such a wonderful time”. Many things had changed since she had left and one was particularly important for Anne: “A fantastically positive change had happened in my lifetime,” she confirms.” And that is the appreciation of the importance of science by wider society. The respect that science is getting today is a wonderful thing to see. It was time to think how to capitalise on this and help society to become more engaged directly with us.”

The answer was the CERN & Society Foundation, and Anne was appointed chair of the newly established managing board. “The inception of CERN & Society in 2014 was critical. It was a great moment to capitalise on this wider understanding of the benefits of science for society and actually engage members of that society to help us leverage the knowledge, the facilities, the educational programmes we have at CERN,” she says. “In this way we can have a much bigger impact than we would be able to have if we just sat there with our central government funding pot, which is purely for scientific research. It’s about widening access, it’s about spreading the message.”

In the past four years, through the CERN & Society Foundation, CERN has learned how to go out proactively and engage with society, also via philanthropy. Today the foundation has become highly ambitious, as demonstrated by the “Science Gateway” project. This project aims at creating a flagship building on the CERN site, dedicated to educational and outreach initiatives.  “Science Gateway will be not just a new building but rather a brand new space to give access to more people who want to come and know more what we do here, who want to experience the life of the Laboratory and the work of scientists,” she says.

In 2017, CERN also started its own Alumni programme, which allows the Laboratory to engage specifically with a highly committed community of people who want to stay connected with the institution. “Alumni remain part of the institution as they move on through their careers and it’s a well-known fact within many academic institutions that as people progress they come back and look for ways in which they can contribute to that very institution which helped them on their own personal journey,” says Anne. “Alumni are about the power of the bee hive. We want to put their collective wisdom and their collective energy together, and motivate them to help us get the message across how wonderful science is. When we started the CERN &Society Foundation in 2014 we did not know how incredibly successful it was going to be. The major part of this success comes from the interest and engagement we have had from alumni. And actually, at the beginning, we didn’t really make it very easy for alumni to engage with us for the simple reason that there was no mechanism for them to do so.”

Going back to the world of finance and business, is there anything that you, Anne, would take from that area and apply to the world of science? “Occasionally the world of business  is willing to take risks in order to try and change things radically. Of course, that does mean things can go wrong, occasionally very badly wrong. However, that sense that anarchy might be just around the corner is sometimes very powerful in finding completely new ways of doing things. I wouldn’t want to take too much of that into CERN’s world but just occasionally it might produce some surprising results. Not too much, just on the fringes, I would probably ask myself at CERN: are we really radical enough? Could there be something really disruptive here? What would Leonardo da Vinci do here?”

I wonder what the answer would be!

The European Strategy for Particle Physics update is formally launched

Oct 16 CERN Updates
SSO login
Not a member yet?
Register
Cookies help us deliver our services. By using our services, you agree to our use of cookies.