What drives me? Solving problems and developing ideas 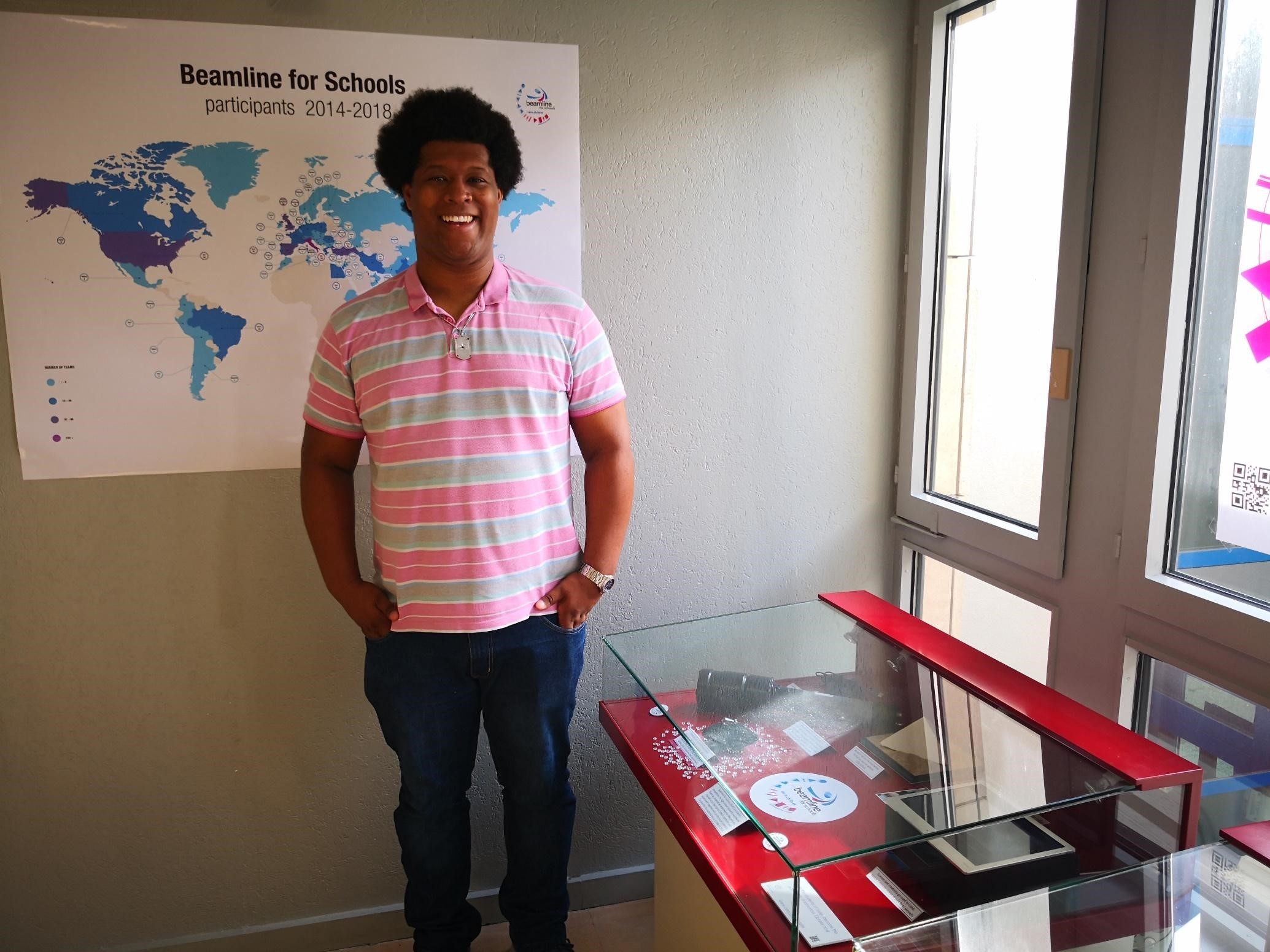 CERN Alumnus: Stephen Turner
At CERN: from August 2017 to November 2017 as a supporting scientist to the Beamline for Schools competition
Today: Graduate Electrical/Electronic Engineer at STFC (Science and Technology Facilities Council)

’Networking, volunteering and being aware of useful opportunities’; this is alumnus Stephen Turner’s mantra.
Stephen grew up in Kent, and, following a Master’s degree in Electrical and Electronic Engineering at the University of Plymouth, he started working for STFC (Science and Technology Facilities Council U.K.) where he sought a three-month placement as part of their graduate scheme. Such placements are normally organised within STFC  but he discovered there was also a possibility to work with STFC collaborators.
Being a union committee member at the site he works at, Stephen contacted an STFC scientist with CERN links, “who knew someone, who also knew someone” at CERN who was a scientist supporting the Beamline for Schools competition.  The connection worked and resulted in a three months’ placement at CERN from August to October 2017.

As a member of the support scientists team, Stephen’s role was to help characterise the detectors that were to be used, and other related tasks, as well as preparing the experimental area for the students.

Stephen has fond memories of his experience at CERN, as it enabled him to combine his involvement in education with a technical experience where he would gain precious knowledge which could be put to use in his role at the ISIS Neutron and Muon source where he works at the Rutherford Appleton Laboratory. “I have always enjoyed public engagement projects, promoting STEM to the next generation and I was really interested by a technical placement with an outreach and educational dimension. Moreover, the project is a small-scale version of a scientific user facility, just like ISIS. We also have a panel of experts who decide which experiments are carried out; the user facility at ISIS is a bigger version of BL4S. My experience at CERN provided me with the bigger picture of how such user facilities are run.“

Stephen seems to be blessed with good luck and excellent opportunities but, in fact, it is he who plants the seeds for such success.

Whilst at the University of Plymouth, Stephen was involved in Engineers Without Borders UK. EWB-UK is an international development organisation, which leads a movement for change to embed global responsibility at the heart of engineering. “They work with non-governmental organisations in developing countries on different projects; water sanitation and hygiene, building techniques, clean energy, sustainable technology etc., dealing with all engineering aspects behind development,” explains Stephen. He had carried out a six month placement for EWB-UK in Bangalore (India) in 2013, working on renewable energy solutions for underserved communities and after returning to the UK to complete his degree, helped to start new student branches and create connections between existing ones.

Although he now has a full time job, Stephen is still an active volunteer.  He mentors less experienced students interested in studying engineering on how they make the most of the opportunity and to build up their confidence.

Public engagement and international development are two important topics to Stephen, and this is how we were able met-up with him whilst he was back at CERN. The goal of his trip was knowledge sharing on target manufacturing and testing with the Mechanical and Materials Engineering group at CERN. This was also for him an opportunity to catch up with the people he had known at CERN and to attend the academic lecture “A project for teaching science in sub-Saharan Africa” given recently by another alumnus, Uli Raich, particularly resonated with his interest. He thoroughly enjoyed the lecture, which reminded him of a similar project he had conducted at a UK based summer work experience for students where they tested and characterised components to build a Mars Rover. The project covered different aspects, from the solar panels and gears, to the software programming and instrument control. It demonstrated what they could achieve in engineering and the range of tasks.

Stephen is extremely happy in his job, which allows him to combine his two passions with engineering. “Lots of variety, public engagement and outreach were part of the job‘s remit and it has kept its promises. There are not many companies which can offer this!”

When asked what he expects from the CERN Alumni Network, the answer is immediate; ‘The Network links people with a common passion for STEM, which makes it perhaps more field-focused than most universities’ alumni organisations.  Meeting people and getting to know them at interesting events like WOMAD last July, is so important.  One never knows how someone you’ve just met can end up helping you on a project further down the line, and vice versa!

Only three months at CERN and such an advocate of the network, thank you Stephen!

Final lap of the LHC track for protons in 2018