Reinventing Oneself and Finding Purpose. 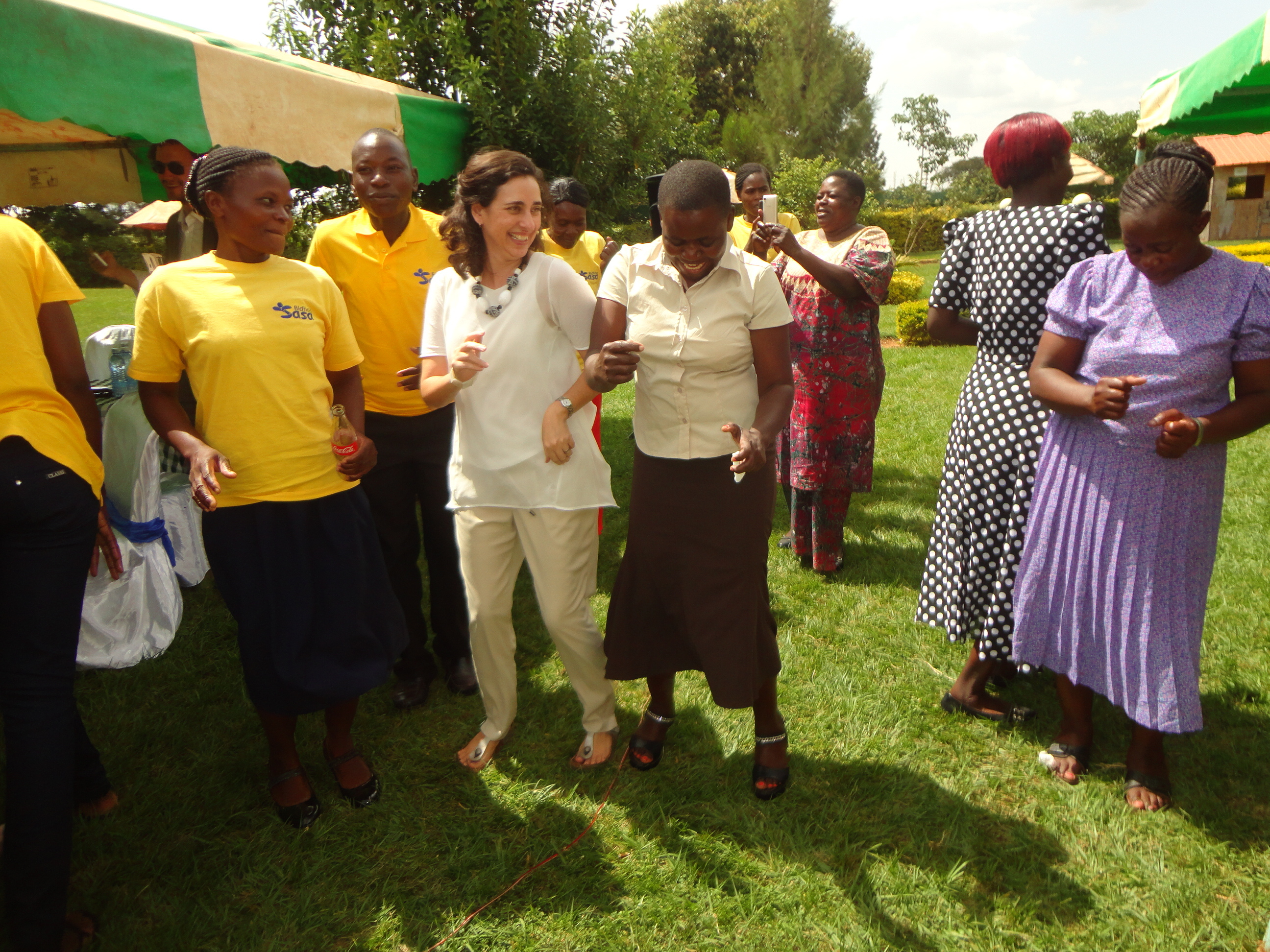 CERN Alumna: Rocio Perez-Ochoa
At CERN: 1995 to 1996 as a Technical Student
And:  1996 to 1999 as a Doctoral Student
Today: Co-founder and Director of a start-up, which distributes life-improving products in rural Kenya.

“Finding a purpose and making a difference, we all seek that at some point in our lives, right?” CERN Alumna, Rocio is speaking from her home in London, nearly twenty years after leaving CERN and it rapidly becomes very clear that this remarkable person has most definitely made a difference!

Originally from Spain, Rocio joined CERN first as a Technical Student in the ALEPH Experiment and then continued with a PhD with the OPAL experiment, working on the Large Electron Positron Collider (LEP). She waxes lyrical about the wonderful experience she gained at CERN, “it was very much a flat organisation and despite being just a student, I was given my responsibilities and felt very much that I was also making a valuable contribution. “ Rocio left CERN just before the LEP was switched off definitively, to make way for the LHC, but during her time at CERN, she explains she gained a wealth of transferable knowledge and expertise. “Not only did I acquire analytical skills to solve complex problems, but I also discovered the importance of institutional culture, which was something I hadn’t considered before coming to CERN.”

It was also whilst Rocio was at CERN that she decided that academia was not going to be her chosen trajectory in life. “I had thoroughly enjoyed my time at CERN, but I realised that I was looking for some stability, which I did not think I would be able to find if I remained in academia.” Grappling with  a career move in the late 1990’s was a different story to now, Rocio explains, “we didn’t have social media networks back then, so I relied on email and face to face networking to try and determine what I was going to do after CERN.” Rocio decides to take the path towards the Financial Sector and enrols in an evening-class course on Quantative Finance, “taking a course in an area you are interested in is a great way to determine if you would like to pursue a career in that sector. It also provides you with access to a completely new network.” The network is something that features strongly in Rocio’s trajectory, but we will come back to that!

“I found that the world of finance shares many similarities with physics and working as a researcher; modelling and simulation for example.” Other than the technical or mathematical similarities there are others, “I found the organisation in finance to have a flat structure too and one thing I really enjoyed which is omnipresent in both research and finance is the sense of competition, this really appealed to me, wanting to be the best! CERN is also about being the best and the financial sector thrives on competition.” She adds, ‘both in research and finance, you are perceived by your potential and of course both areas are highly multicultural!”  I ask if Rocio found the same spirit of collaboration which exists at CERN also in finance, ‘yes, this is the case definitely within your team, which is very tight and like at CERN, we are all working towards the same goal, but across teams absolutely not! In the financial sector, there is a lot of secrecy, unlike at CERN, which is fully open. In contrast, in my current sector of start-ups, the tendency is to help one another, even though they are potential competitors. You want to establish a network, as you never know what will happen in the future.”

At the peak of the financial boom in the mid-2000s, Rocio, suddenly has what she describes as ‘a midlife-crisis’. She felt she was going nowhere and lacked purpose, ‘At the beginning of one’s career, one has a tendency to be self-centred, focussed on the technological or business challenges, making oneself more attractive for one’s employer, but then I thought, what is the positive social outcome of what I’m doing?” This epiphany spurred Rocio to enrol for an MSc in Environmental Technology at Imperial College London, which enabled her to go back to her roots from a scientific angle, but dealing with real-life issues.

Reinventing herself is not something Rocio is afraid of; following her MSc, she took on the role of Policy Analyst at the Department of Energy and Climate Change. “I found the Civil Service quite strange in contrast to academia, it is extremely hierarchical and slow; there is little freedom to implement what you think is best, which was rather frustrating,.. Don’t forget, I was looking for impact and for purpose!” Rocio realises that the Civil Service is not her cup of tea, but admits she gained valuable experience in understanding how government works, how policy is made and she also enlarged her network.

At this point, Rocio branches out into world of consultancy and start-ups, centred on the theme of climate change. She witnessed a huge amount of innovation in clean energies, especially in developing countries and starts working as a freelance adviser, supporting green start-ups in emerging markets: a Colombian reforestation business, a clean energy business in Sri Lanka and a manufacturer/distributer of solar systems for markets in Sub-Saharan Africa. I ask Rocio how she entered the world of start-ups, “I stumbled across it. Having participated in workshops, meetings and conferences, I had built up quite a network. Often it is a case of knowing someone, who knows someone who is looking for someone to do such and such”. Rocio explains her contribution to the start-ups she is involved in, “What I bring to the table are my technical skills; anything which involves modelling, financial projections, building spread sheets and developing the financial arm for businesses”.

In 2014, Rocio decides to take the plunge and co found a start-up ‘Bidhaa Sasa’ (‘Products Now’ in Swahili) based in rural Kenya. She starts by going through her network discussing her ideas for creating the start-up and eventually co-founds it with a friend she met whilst studying for her MSc. Bidhaa Sasa distributes and finances goods to rural households providing services to otherwise under-served communities, focussing on goods and services, which will improve the quality of life for rural communities. Rocio confirms that helping women within the community is a strong priority of the start-up “Women are particularly underserved and our goal is to make it easy for them to get products that will improve their lives. For the time being, making the start-up known happens via networking, physical not digital; it’s all word of mouth!”

Rocio’s career trajectory has taken her on a path that now provides her much sought sense of purpose where she clearly has made an impact!  What advice would she give to those at the beginning of their careers or thinking about changing career? “There is a huge amount of value in the connections you make, which I did not realise initially. Do not feel shy when you reach out to people for advice, as you will be surprised by the kindness of strangers and the extent to which random people are willing to help. Also take a course in an area of interest; this will help you test the waters. Why not go to conferences covering a field you might be interested in, speak to people and collect business cards; you will see that people are not at all dismissive, they understand. Use the power of the network!’

N.B. The ‘Moving out of Academia to,…’ events organised by the Office of Alumni Relations are also a means to gain valuable insights into possible career trajectories available for those considering a career move: https://indico.cern.ch/category/9333/