Electricity can be viewed as the lifeblood of the lab 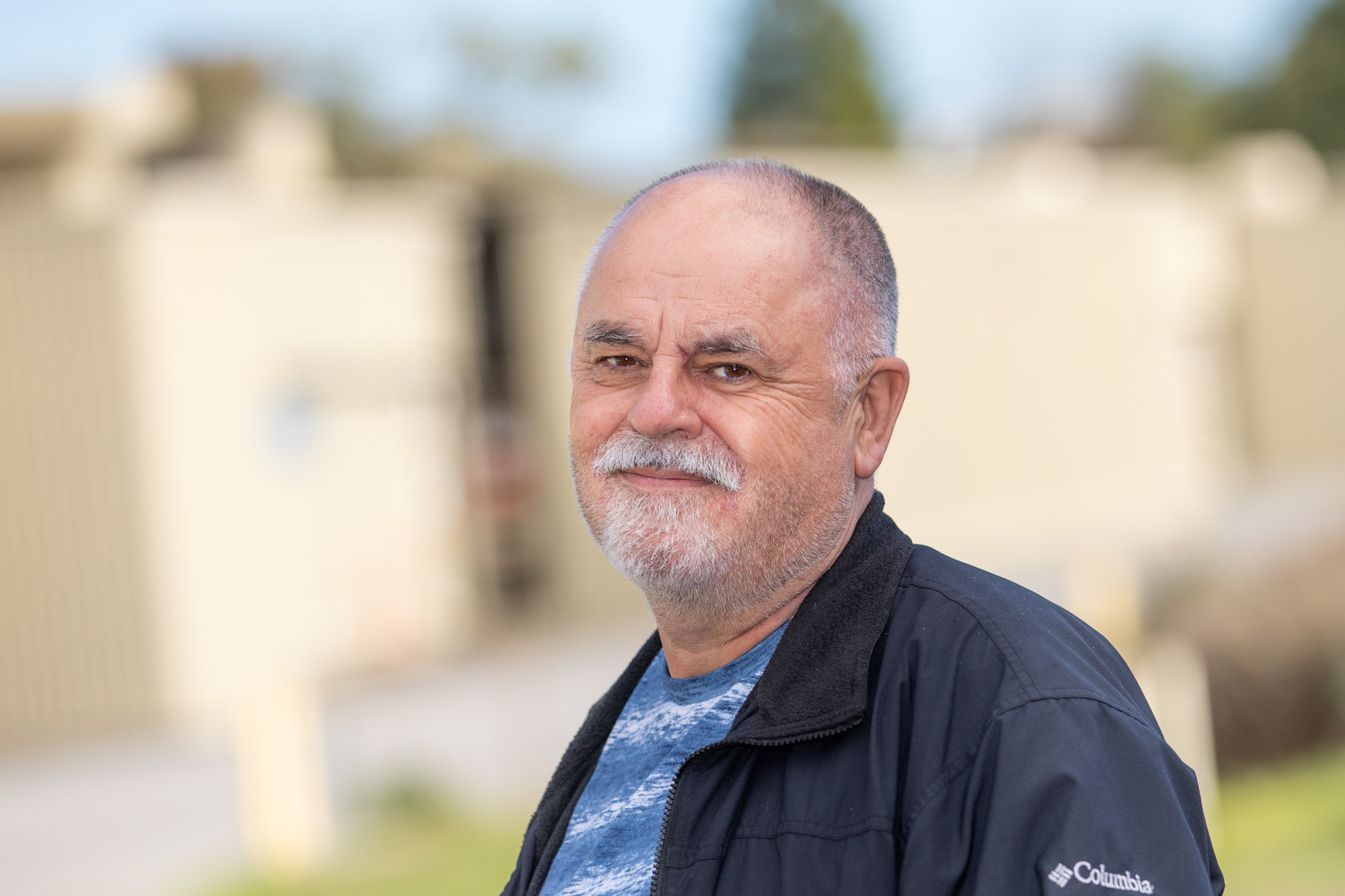 CERN Alumnus: Cezary Jach
At CERN: Staff between 2007 and 2012
Today: At SLAC , Head of Eletrcical Infrastructure, recipient in 2017 of the Director’s Award

Under Cezary Jach’s leadership during the last seven and a half years, the reliability and operational safety of the lab’s electrical system has improved dramatically. This effort includes pioneering groundbreaking new maintenance solutions that have yielded a marked reduction in electrical faults, which can cause beam interruptions and other power disturbances.

Electricity can be viewed as the lifeblood of the lab. While that may sound a little melodramatic, the truth is if the power goes out, everything at SLAC grinds to a halt.

“SLAC is the science place and we provide the scientists with constant electricity,” says Cezary Jach, head of Electrical Infrastructure for SLAC and recipient of a 2017 Director’s Award. “The science cannot be interrupted.”

A 1985 graduate of the Faculty of Electrical Engineering at the Gdańsk University of Technology, Poland, Cezary was also recently honored with the school’s Distinguished Alumni award. He has more than 35 years of progressive experience working in Poland, Switzerland, Argentina and the United States. Over the years, his work has resulted in many unique technical solutions in the fields of electrical power distribution, safety, automation and power conversion.

“As long as you never have to think about the electricity here at SLAC, then I know our job is done correctly,” Cezary says. “We are in the background, part of a team. When everything is working properly and there are no complaints, then our mission is fulfilled.”

The voltage landscape at SLAC was not always as quiet or dependable as it is now. “When I was hired here in June of 2012, the state of the electrical system was not very healthy,” Cezary recalls.

Starting from scratch, Cezary built a new maintenance program, team, and inventory of parts, tools, and countless procedures from the ground up. Today there are 33 specialists and technicians in his organization and more than 8,000 items in the department’s regularly maintained inventory.

The new maintenance program was designed based on a “stewardship” model. “Nothing happens in the electrical system without our planning it and doing it,” he explains. “We are the true owners of the system – every one of us.” Prior to implementing the new operational model, there were a number of partial and site-wide power failures that significantly impacted SLAC’s mission. With the new model in place, the number of incidents caused by factors under the department’s control has been reduced to zero.

“Of course, we are running a ‘live’ machine, and that live machine once in a while has a hiccup,” he continues. “So we have to be quite responsive. We need to intervene quickly, cost effectively and get back online as soon as possible. These are the challenges we face every day.”

Throughout Cezary’s career at SLAC, there have been many times when an “out-of-the-box” answer to a problem did not exist, propelling him and his team to create their own solutions. For example, a year after Cezary came on board, an arc flash incident occurred which thankfully did not result in injury.

“When we analyzed the situation, we noticed things that had never been noted before,” he says. At the time, no literature on the subject existed that dealt with the particular nature of this situation. The team worked through the problem, developed improvements to protect the power system and added an extra measure of safety as well. They later documented their findings in a paper titled “Arc Flash Analysis in Dual-fed Substations.”

Similarly, about a year later in 2014, a significant electrical fire presented unique challenges. Cezary and his crew not only found a way to prevent a similar problem from reoccurring, but constructed a solution that required minimal cost and shutdown time. They documented their findings in another paper titled “Novel Approach to Variable Voltage Substation Protection.”

Both of these documents have been shared with other labs across the country and published in the Lessons Learned Database on the Department of Energy website. “I’ve also received calls from people from the Department of the Army who are interested in these developments, too,” Cezary says.

“Of course, the lab is still growing and developing,” says Cezary. “We are a multi-disciplinary lab now with many diversified experiments. So our department must constantly change, too. Right now we’re in the third year of a five-year cycle for maintenance. We’re also getting ready to redefine the maintenance program, adding new elements to optimize it and make it even more robust.

“Our main product is the advancement of the science,” Cezary says, “and it all runs on electricity. We cannot stop for a moment.”