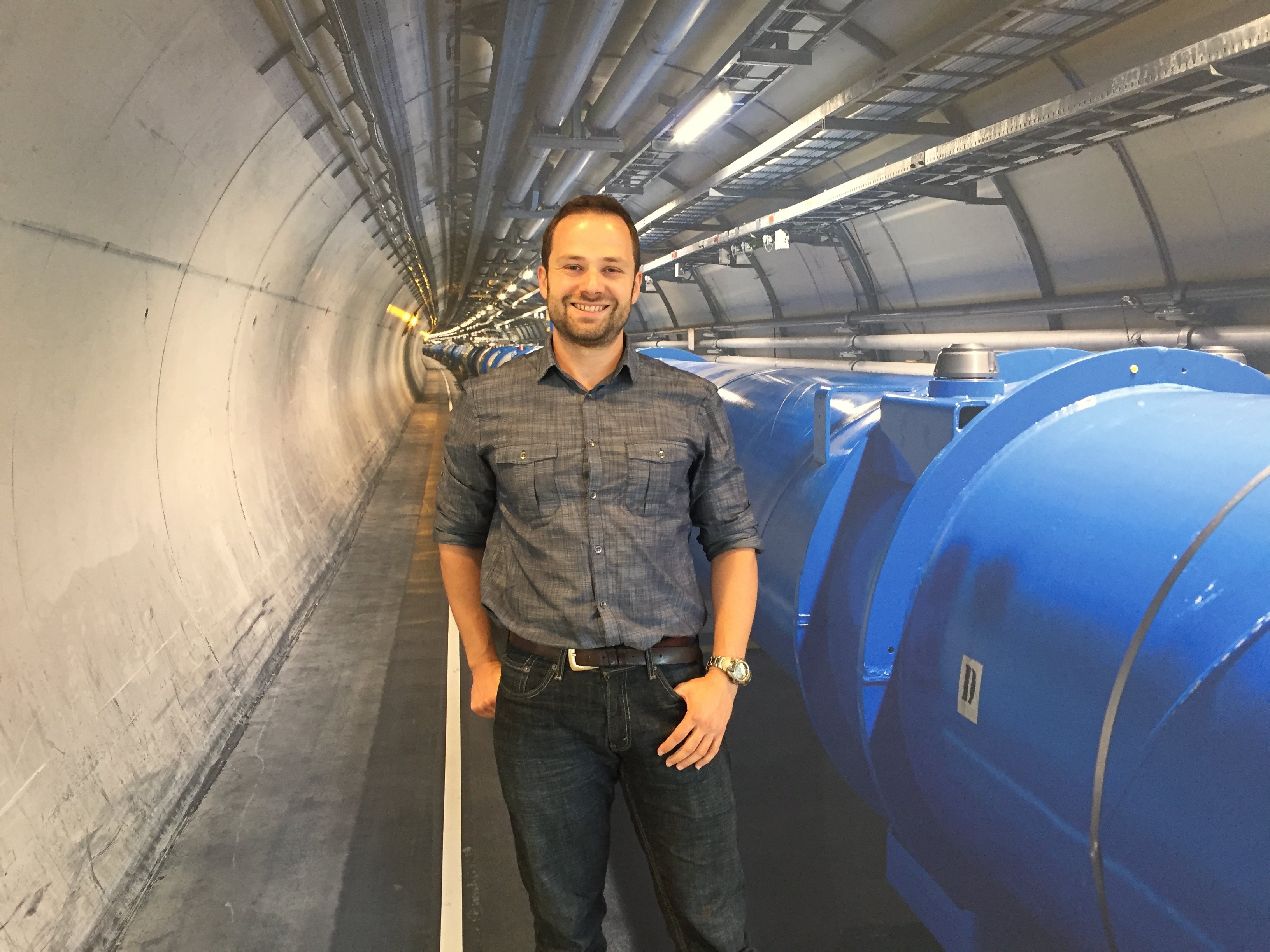 CERN Alumnus: David Garcia Quintas
At CERN: from 2005 Summer Student in CMS Experiment
2006 – 2007 Technical Student in Accelerators and Beams Division
2008 – 2010  Fellow  in Beams Department
Today: On a sabbatical. Working on his PhD as well as personal projects.

We caught up with David recently, who came back to CERN to make a presentation about his current work on the gRPC technology with Google, ‘CERN is still a reference for me, my experience here helped open so many doors and it’s only now that I appreciate the magnitude of my accomplishments whilst I was at CERN.’ David explains that he initially came to CERN as a Summer Student with the CMS Experiment in 2005, ‘I could talk for hours about being a Summer Student, it really opened my eyes and for the first time made me feel like I was being treated like an adult. My supervisor was an eminent physicist in his field and he would ask me for input, it blew my mind! It was a humbling experience and at the same time I felt very proud to have been one of the few European candidates to have been selected in the Summer Student programme that year.’

Following a stint working on revamping the CMS documentation system, David left for Denmark for two semesters on an Erasmus scholarship and then returned to CERN as a Technical Student working in the Controls Group in the Accelerators and Beams Division, in particular developing the software for the LHC controls system. After completing his Masters, David began a Fellowship in the Controls group for a further two years. Then it was time to leave CERN for new pastures. We quizzed David how he managed his transition from CERN to the next challenge.

‘In August 2010 I moved to Lawrence Berkeley National Laboratory in the US and this move was thanks to a connection with a Summer Student I met in 2005. This is why I say that CERN kick-started my career, I think that networking is of the utmost importance and again, thanks to my CERN network, whilst at Berkeley I was headhunted by Google, this time thanks to a referral from a 2007 Summer Student. ’

We asked David if he could identify the specific aspects of being at CERN, which aided him in his subsequent career. ‘Had I stayed at University and not come to CERN, I wouldn’t have had access to such a huge, international network.  I also found that at CERN I was empowered to think and develop confidence in myself. Even as a twentysomething student with very little on my CV, I felt I was respected and it gave me the confidence to speak-up and share my ideas.’

‘Also, the International aspect of CERN helped me be receptive to and integrate with different cultures; it taught me not to be judgmental and helped me understand that people do stuff differently. For me, CERN is a reference of how you can go forward working with other cultures without friction and this is something to celebrate.’

What types of position did David go on to occupy in his career after CERN?

At Google, David worked in three different teams, ’Initially, I joined the Interest Based Advertising team. This entailed processing huge amounts of data, categorising them into different buckets and then targeting the appropriate audience, it wasn’t that sexy a job but it paid the bills! A year later, I transferred to Google Research, and the Natural Language Processing team. Subsequently I moved to another team developing the gRPC network protocol.  All these big companies have their own implementation of this type of mechanism; the novelty is that gRPC is open source. Several large companies such as Lyft and Netflix use it as it is open source, with the additional guarantee of Google's backing.’

How did working at Google compare to the work environment at CERN?

David responds, ‘It’s not dissimilar to CERN, one is given a great deal of freedom, the people working there are also very smart and highly dedicated. One major difference is that, at Google, things are fancier, they can afford “shiny toys”, but after a while, you get over them. I suppose you can say that in terms of the working infrastructure, CERN and Google are at opposing ends of the spectrum but you find the same basic principles of respecting the workforce and expecting them to do what they are hired for in both organisations.’

David was an early supporter of the CERN Alumni Network, what does he think about it?

‘I am completely in favour of such initiatives, I have boundless gratitude for CERN and introducing new perspectives is important, science and education are the antidote against ignorance and help the human race progress as a species.  CERN embodies those values and executes them really well and the CERN Alumni Network is simply an extension of those values. On a personal level, I’d like to contribute by sharing my experience with others in the network, I have a solid belief in CERN’s mission and am happy to see that taxpayers money can be used, resulting in a positive return on investment. The CERN Alumni Network also helps to demonstrate the positive impact CERN and its scientific collaborations have on society.’

As well as acknowledging the appreciation and gratitude he has for CERN in helping him develop his career, David also is optimistic for CERN in the grand scheme of European Science.  ‘As a European living and working in the US, it’s a bitter-sweet feeling; we are appreciated and held in high regard, but ultimately we Europeans need to stick together and hold our own on the world stage and for me, CERN represents the best. I’ve seen the best of Europe represented at CERN. ‘

Finally, what does the future hold for David?

‘That’s the hardest question so far! There are so many things I want to do, for the moment, it’s an open field,.. but now we have the CERN Alumni Network, I will definitely keep you posted on my future endeavours!’

Thank you David and good luck!