You need a sense of community 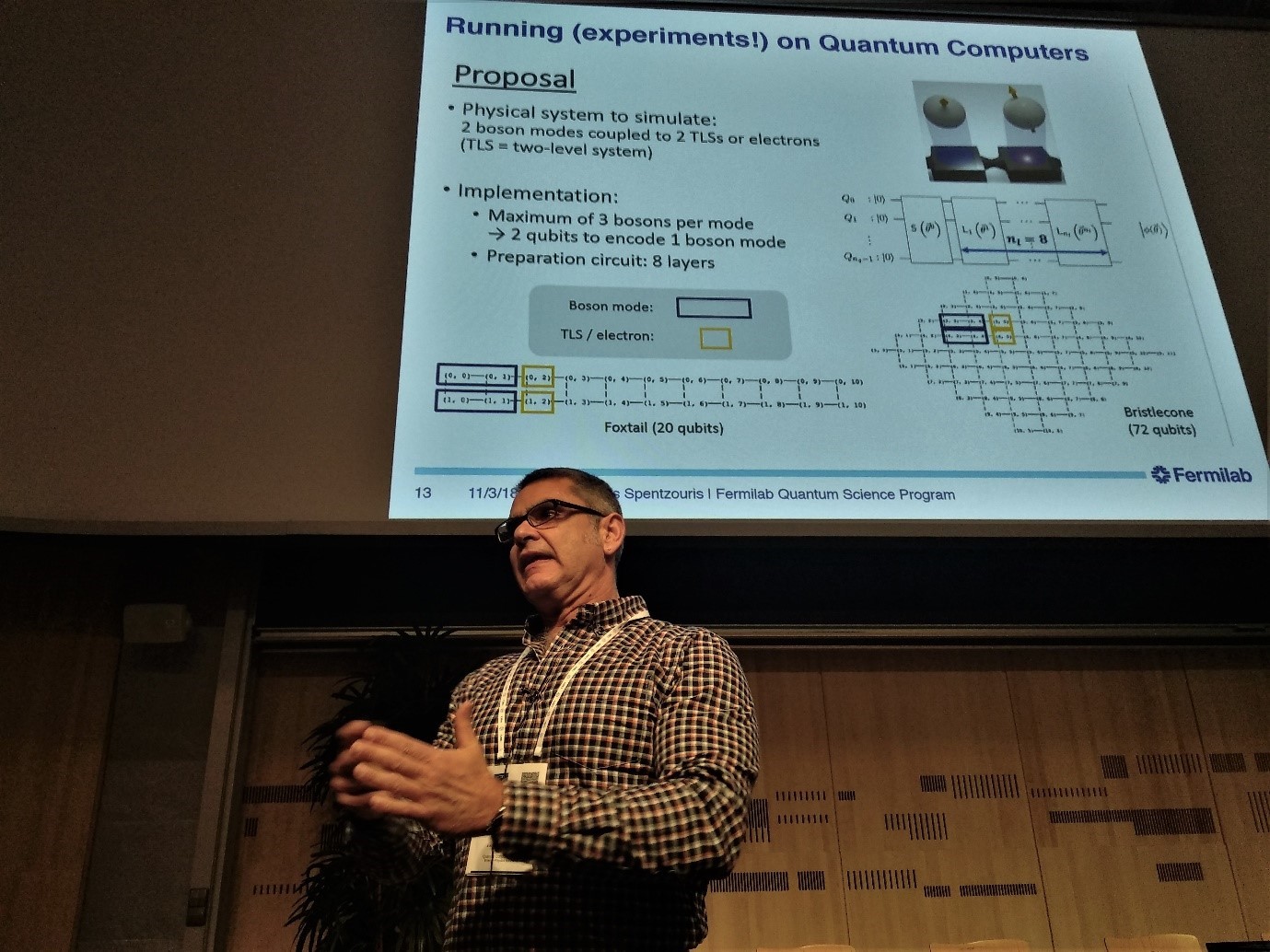 CERN Alumnus: Panayotis Spentzouris
At CERN: Between 1986 and 1992 as associate physicist and working on the DELPHI experiment
Today: Head of Fermilab’s newly formed Quantum Science Program

On a recent trip back to CERN, Panagiotis Spentzouris, CERN Alumnus met the Office of Alumni Relations and recalled his time at CERN.

A thrilling time at CERN

My affiliation with CERN began in 1986 but I came here for the first time in 1987. At the time, I was a student at university of Athens – studying physics– so I came here to work on my diploma thesis, which was a research project. I was working on the third prototype of a detector, placed in the heart of DELPHI (Detector with Letpon, Photon and Hadron Identification) which was a LEP (The Large Electron-Positron Collider) experiment. I did both hardware and software as well as development of calibration techniques. Those were fun times. I stayed at CERN until 1990 when I moved to U.S. and started my PhD with university of Athens. A few months later, I switched to Northwestern University. After finishing my PhD, I continued my research at Fermilab, first as Columbia University postdoctoral researcher and then working for Fermilab as junior scientist.

I remember that I was working for a multi-institutional, multicultural and multinational collaboration of many people of different cultures, which is challenging as a first international experience. I remember it being a great experience with exposure to many wonderful things from machine shops to computers and scientific collaborations. It was also whilst I was at CERN that my first ever paper was published, when DELPHI started taking data, around 1990 I think – I was absolutely thrilled. Even though, somewhere in the middle of my career, I ended up doing a lot of computational physics, here at CERN is where I began my career as an experimentalist and I am always grateful for that.

To quantum computing at Fermilab

I am still at Fermilab as a senior scientist. I did not want to leave fundamental research. For the last four and a half years, I was running Fermilab’s Scientific Computing Division and since 1st October, I have taken on the role of Head of Fermilab’s newly formed Quantum Science Program.

Last November, I had the pleasure to come back for CERN openlab’s “Quantum Computing for High Energy Physics” where I presented Fermilab’s quantum scientific program. Coming back was actually strange, because everything had changed so much that I needed to follow signs to find my way to the cafeteria…

Why not a Fermilab Alumni network?

We do not have an Alumni programme at Fermialb and, as a matter of fact, I am quite jealous. I think it is a good idea and I will talk to our business folks and see whether we can introduce such an association.

It is good to have a sense of community, especially during difficult times when you need your community to stand up in support of your organisation. Especially since Fermilab is a one-country funded lab, which makes our politics less fragmented in comparison to CERN’s (which has several Member States). If you have a few thousand people saying that Fermilab is a good thing, that makes a difference. Another reason is to signify to people who went through our institution that we care about them. Every university has an alumni organisation and some of the members are people of power. We have quite a few people who left during the stock market boom, going into finance or at times of various tech-acceleration periods, moving to technology companies and have reasonably influential positions in the non-academic society. It would be good to have those folks feel like they belong.