Neither a no brainer... nor the end of the world, the beginning of a new one!

There is an exciting professional life also outside CERN 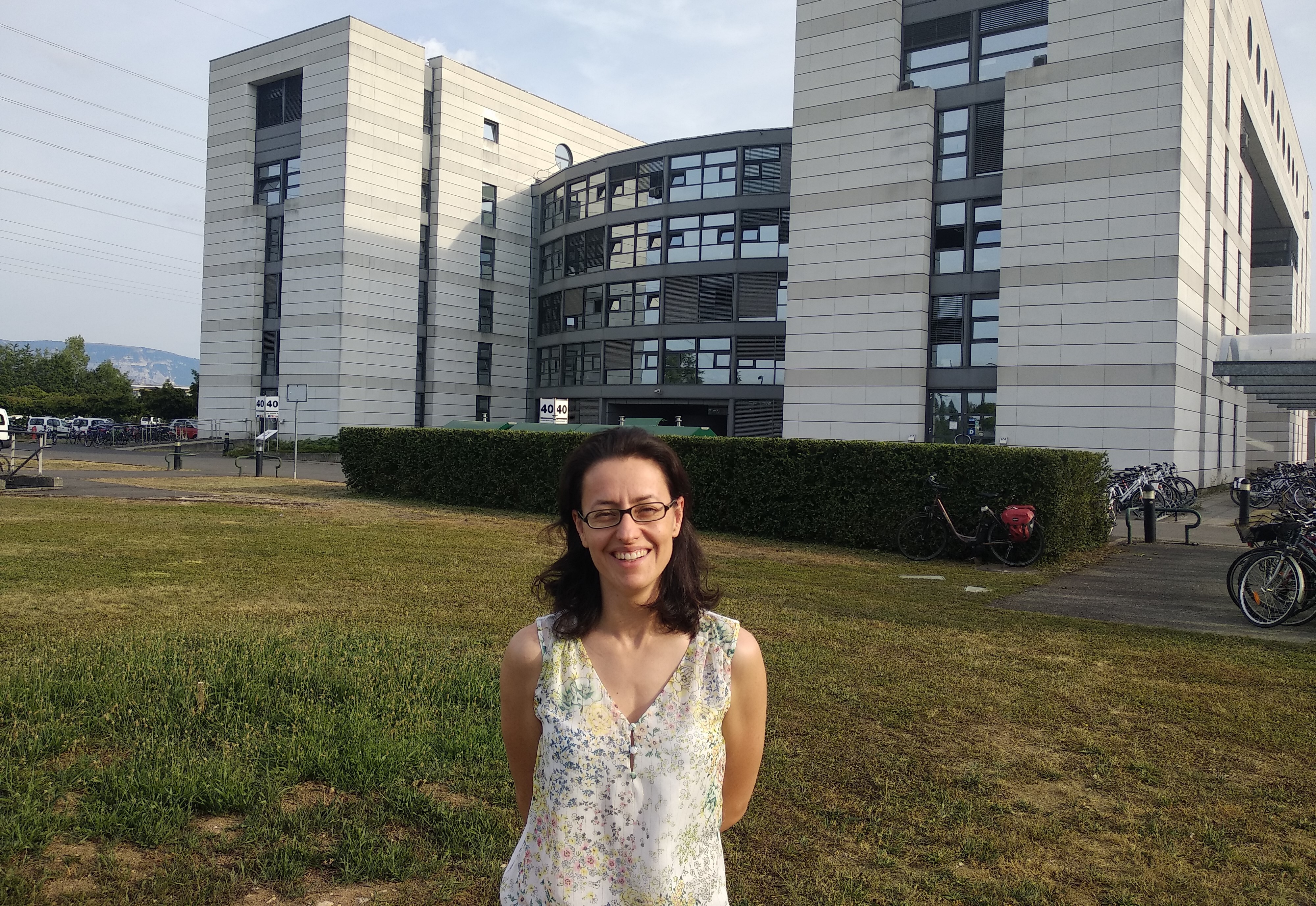 At CERN: from 2007 to 2018, experimental physicist working as Master, Ph.D., postdoctoral researcher and research fellow

Having spent around 11 years under various contracts as an experimental physicist at CERN, in early 2018, Eleni decided that it was the right time for her to move out of Academia and pursue a career in the private sector. This decision though, had not always been a no-brainer.

After having worked at CERN for more than a decade and having successfully completed her Master’s thesis for National Technical University of Greece (NTUA), her Ph.D. joint degree with NTUA and Université Paris-Sud, and further on, a Postdoc for Brookhaven National Laboratory (BNL), Eleni had just started a research fellowship at CERN, when she took a big turn in her career. The decision to start a career outside academia from scratch was definitely not an easy one:

“It was a combination of reasons; on the one hand I wanted a more permanent job than 2-year contracts, and, on the other hand after the Higgs boson discovery, the horizon seemed to have started to shrink, at least in my mind it felt like that. There was always the hope of staying in academia, conducting research and exploring new fields of physics but when the idea of possibly leaving kicked in, I decided that I should explore the potential of all alternatives”.

Research fellowships start with discussions with collaborations and with examining their proposal for research. Eleni completed this first phase with a lot of reviving enthusiasm about research but at the same time an unexpected offer for a permanent contract came from outside CERN and the not-so-easy decision to move to industry was taken.

The power of the alumni experience

The first time Eleni formed the idea of leaving CERN was during the LHC Experiments Career Networking event organized in November 2017. This annual event has since become very popular as it is centred around alumni coming back to CERN, as panellists, to present their personal experiences on making a transition out of academia and what is life like after CERN, to early career physicists wondering what their next professional move should be. The event is organised by ALICE, ATLAS, CMS and LHCb collaborations and supported by the Office for CERN Alumni Relations.

“I attended this event out of curiosity; at this point, leaving CERN was really not an option. Even though many of the panellists said that they would have liked to stay at CERN, they were enthusiastic and convincing and they presented the sunny side of leaving CERN for other opportunities. It was then that I realised that there are many interesting and challenging jobs outside CERN and that I should not exclude that option. The main benefit that I got out of this event was a feeling that, even if I left, this would not be the end of the world; and that, if I searched enough, I could always find exciting things to do. I really hope that such networking career events will continue to be organised in the future”.

The power of the alumni network

Indeed, Eleni landed in a job outside CERN shortly after attending the Career Networking event. We are proud to say that the CERN Alumni Network played a key role in this success-story.

“I found my job after it was first pointed out to me by a fellow alumnus who advertised it to me with a lot of enthusiasm and prompted me to give it a try, and then I saw the same job posted on the alumni platform. It was the only position that I had applied for outside physics and I did get the job. I believe that I was lucky but I also had invested a lot of personal time to polish my skills, prepare for the interview and, in the end, it all came together!”

The decision to leave CERN was certainly not straightforward, nevertheless, Eleni made the big jump in April 2018. She currently works as Aero-Service Performance Manager for a telecommunications company in Nyon. Even though Eleni is now in a new job, she still visits CERN regularly since she lives in the area close to CERN, and also because she is a keen and regular member of the CERN Fitness Club.

“Much of the work that I do, I had no clue about in the past and I had to learn. Some other piece of work, like the data analytics, I used to do in a research context, however, the level at which I was doing it at CERN was much more sophisticated and complex. Many people in my team are physicists, all of them from CERN. Besides the technical aspects though, it is really at CERN that I learned how to collaborate, discuss with people, bring and collect ideas, solve problems, present arguments, and all those soft skills that are very important in my current job”.

While at CERN, Eleni was member of the ATLAS analysis team for the Higgs boson. The discovery period, summer of 2012, overlapped with the end of Eleni’s Ph.D. days. No matter how busy this period was, it is, even today, one of her most cherished memories.

“The announcement of the discovery was made in July, the papers were published in August and I defended my Ph.D. thesis in September so there was much pressure to finalise my work for all of those deadlines. Even the times when I was sleeping on top of my PC, exhausted, I still remember them with love and nostalgia. In particular, I remember the day of the announcement of the discovery, there were people sleeping outside the main auditorium the night before in order to make it to the presentation. As a result, I ended up watching it remotely from building 40 together with the whole analysis team. I was slightly disappointed not to be physically present in the packed full auditorium but this remains nevertheless such an important moment of my life!”

A piece of advice

“What I would say to soon-to-be alumni, is that they should not feel disappointed for having to move outside physics. Fundamental research is a lot of fun and does equip us with much sought after skills and experience. On the other hand, there are many exciting projects out there, where we can apply everything that we have learned and develop much further”.