CERN friendships forged all over the world 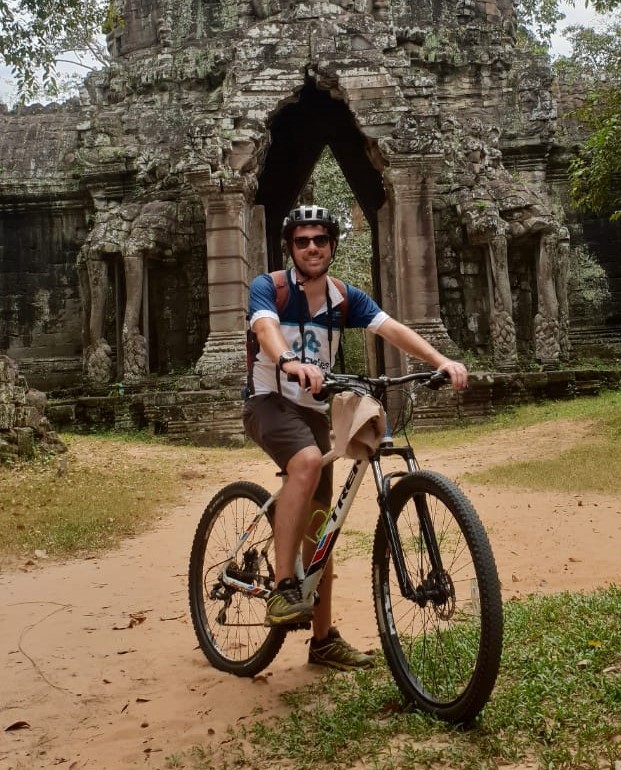 At CERN: Senior Research Fellow in the Industrial Controls and Safety group from 2015 to 2018

The first contact with CERN for James was in late 2014 when he organised a CERN visit for some members of meetup.com, the online platform for finding and building local communities. At the time, James was working as a Full Stack Software Engineer for a medical transcription company in London, after receiving his PhD in computer science from the University of London a year earlier. While organising the visit, James decided to apply for a fellowship position and a potential move to Geneva.

“I always liked physics, even though I do not know much about it. So I checked the careers website, there was a fellow vacancy and I applied for it. I did not expect to get the job but I was lucky!”

Funnily enough, the timing was perfect as James also managed to go to his interview during this very first visit to CERN which ended up to be sort of life changing!

More than just a nine to five

In the beginning, James was appointed to the engineering department, working mostly with control systems built on WinCC OA technology. “I was lucky enough to work on a very interesting data analytics project involving collecting, analysing and displaying SCADA statistics using the Elastic Stack.”

James soon realised that he wanted to follow a different path to be able to improve his programming skills: “The group was restructured and we moved to the Beams department; it was then that I asked to move to a different section so that I could do more Java programming, which is a widely used language. One of the challenges that I faced while working at CERN was that there are many specific technologies and if you stay too long, you become very specialised in those technologies that might be not used extensively outside of CERN.“

On top of the extensive technical knowledge that he acquired, James found particularly useful the soft skills that he developed at CERN: “Meeting people from various countries, learning how to work with them, learning phrases from their languages and aspects of their cultures… Now I have an idea of the cultural differences when working with Spanish or Polish colleagues; this has raised my awareness of diversity in the workplace."

James thoroughly enjoyed working at CERN and since then, seeing new places and meeting new people has been an important aspect of his life.

“I had a lot of fun during my time at CERN; working with people from all round the world was unique and the Geneva area is very picturesque, combining the lake with the mountains. It is also located very centrally in Europe so it is easy to go to different places around in Europe, sometimes you meet people from different countries and then you take a trip to their countries with them, which makes travelling so much more meaningful”.

When his contract with CERN ended, James saw it as an opportunity to travel around the world.

“After the end of my fellowship, I had some savings and I did not have another job yet, so I figured that it was a good time to travel.”

His journey started in Japan, where he stayed for a month that began by visiting a fellow CERN alumnus, Carlos Garcia in Tokyo who was doing his Masters’ degree there. After leaving Japan, he spent a few days visiting Seoul, Kuala Lumpur and Singapore on his way to Australia. He flew from Singapore to Australia where he travelled around for the next three months including visiting another CERN alumnus, Valentin Comte in Sydney. Thirsty for more discoveries he went back to Asia, his journey took him to Nepal to hike the Himalayas with another CERN alumnus, Matej Marecek and then a quick stop in Bhutan, to check if it really is the happiest place on earth. His next destination was Southeast Asia - Thailand, Cambodia and Vietnam including a 16 day bicycle trip from Angkor Wat to Ho Chi Minh City. Then to Sri Lanka and India, the last stop in his discovery of Asia. For the second month of his India voyage he was joined again by the same CERN alumnus who he had hiked with in Nepal.

After a short stop back in Europe (for his brother’s wedding and a scenic flight around the Alps that was a leaving gift from CERN colleagues) he headed to the USA with yet another CERN alumna, Petra Mazdin.

Whilst travelling around James made new friends. Inevitably, he had to explain to people where he used to work: “Some people had heard of CERN but a few hadn’t so I had to explain that it is a physics laboratory, which has a huge accelerator underground where particles are being smashed together. That was not easy! Most people who knew about CERN had heard about the discovery of the Higgs because it had been all over the news”.

Finding a job related to my PhD

After a year of travelling, James decided to look for a new professional challenge. This time, he gave priority to the job rather than the location.

After applying for several jobs including one spotted on the alumni.cern platform, James accepted an offer from a company called Guardsquare, based in Leuven, Belgium, which develops industry leading mobile application protection software for both Android and iOS applications. James is currently part of the Android team which develops both commercial and open source software. Brand new in his job, James is enthusiastic about this new challenge.

Even though James left the Organization over a year ago, he enjoys coming back to CERN to visit his friends and former colleagues. This was one of the reasons he joined the CERN Alumni Network, in order to keep in contact with people at CERN and retain a link with the Organization.

“From a technical-skills perspective, I learnt a lot at CERN, even though those skills are not directly applicable to my new job because of the different field and different technologies. Nevertheless, an experience at CERN played an important role in landing a new job as employers immediately recognise CERN on my CV or application, thanks to its impressive reputation as a top brand!”

For this reason, and because of all the great friends he made from around the world here, CERN holds a special place in James’ heart. He tries to stay up to date with CERN news by reading the weekly digest and he hopes to visit CERN again in the near future.

Happy to welcome you back at CERN soon James!