Chatting with Ben Segal - Podcast Episode 6 - California, Then and Now 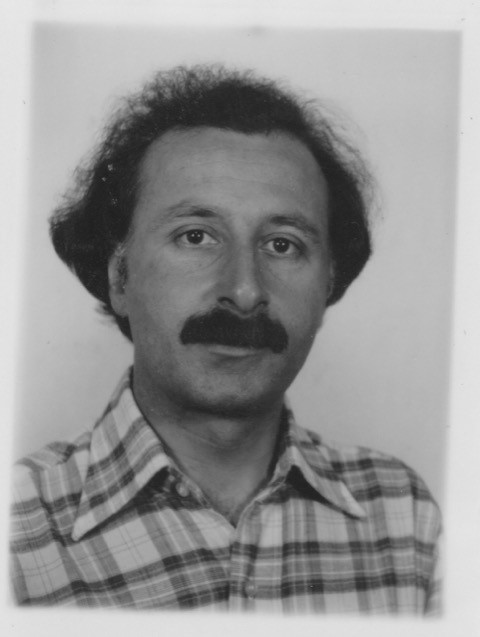 Episode 6 -California, Then and Now

David: [00:00:00] And you also spent close to 10 years in California around the '70s. How does it compare? And you've been back to California relatively recently. So how does it compare? And this is we're talking about this time for San Francisco Bay Area. How is it different now from how it was back then? And perhaps it's not so different now? Right.

Ben: [00:00:24] Well, we saw California the first time on a trip from Detroit. And so we both fell in love with California, my first wife more than I did. But we never managed in the end to live in San Francisco. It was a complete chance that I went back to Stanford to do a PhD. That's how we really lived in California.

Ben: [00:00:48] Now, how was it? Well, the Stanford campus was probably still much the same, many less buildings, but it was still charming. We found a lovely apartment in Menlo Park, the centre of Menlo Park. I do remember we found this lovely apartment. We'd been paying in Detroit, I'd been paying, I think, 100 dollars a month. And we didn't have much money. I earned 300 dollars a month tax free. I was paid that much plus all my tuition, everything. But we were poor. My wife worked. She got a job working for British Airways. She'd worked for British Airways in Detroit in the reservations. And she managed to get a job in San Francisco. So we had some money, but, you know... We thought, with our budget, we could go to $120 but this apartment cost $150 and we were so torn about this and we loved it so much. But in the end, we said yes. There was another condition: no children. The landlady was very uptight about that sort of thing. So we had no choice. But when we did have a child, we had to move. We moved into the Stanford married student housing.

[00:01:59] So Stanford is very recognizable when I go back - it's the same. What's different is the students. I mean, it was all white then. And now it's like going to Google. I mean, talk about rainbow, and young. So that's different. For instance, I still of course get the Stanford Magazine, the alumni magazine and just looking at the names...

Ben: [00:02:36] Still does, OK. But Stanford was, you know, rather white and uptight. When the student uprisings came, Stanford did participate, but behind Berkeley. We did have the National Guard on campus at least once. '69 I think that was. But Berkeley had them often!

Ben: [00:03:06] Now the Bay Area itself. Yes. Well, first of all, when I arrived there was no Bay Shore Freeway ***. The 280 was built while I was there I think - it went right across SLAC. I didn't work at SLAC, I worked at the University. Because I was doing ... I was in the Mechanical Engineering department, but I was doing Nuclear Engineering, we were actually, our offices were at the Ryan Lab, which was a lab that had been an electrical engineering lab with great big equipment and they'd built a test reactor there so Stanford had a test reactor - water cooled reactor - on campus. It's gone now. And that's where I worked.

Ben: [00:03:47] So, yeah, the traffic now, the traffic was still heavy, everything being relative in those days. And I do remember very well going back on my sabbatical in '77 and thinking "My God. It's the rush hour", you know. And then I realized it's always the rush hour compared to what I think.

Ben: [00:04:08] The traffic, of course, in the States is better managed than in Europe. Even in Detroit, when I went to Detroit in '62, the roads, the lights, the traffic lights were synchronized for miles. Of course, it was pretty easy in Detroit because they had these long square grids of roads. But the idea of having a synchronized traffic light in Switzerland, I mean, that was unheard of, just unheard of. I remember also coming back from the States to Switzerland one time and I turned right on red, which was a very, very good habit. And then in those days, there were practically no cameras. And I just happened to do it where there was a camera.

Ben: [00:04:46] And I remember taking the trouble to go to the judge and explain that, where I'd come from, turning right on red was legal and it was a very good idea and why don't the Swiss adopt it - but he still made me pay the fine.