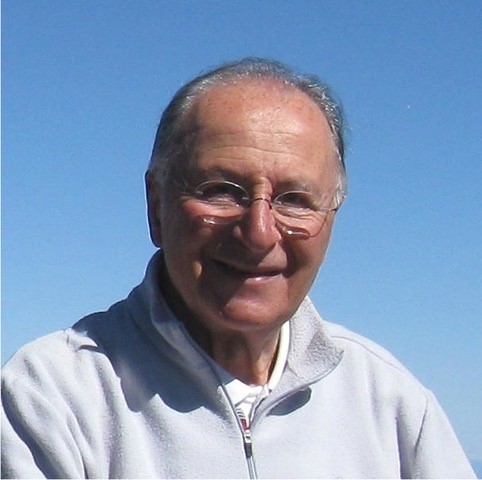 Ben: [00:00:00] So in 1983, I finished a five year project on satellite communication, which had taken me out of the main line work in the Computing Division at that time. It'd been a great project, but when the satellite project finished, I needed a job. So what I did do was find a new boss. The boss I'd had during the satellite project was an ex-Director of CERN, an Englishman called Mervyn Hine, who, together with the famous John Adams, had designed, the two of them, the PS - CERN's big Proton Synchrotron - the first big machine at CERN. They had come from Harwell in England as young men and they'd done that design basically. So when Mervyn Hine finished being a Director - Director of Research, Director by the way, of the Computing Division as well - he needed a job and he came back as a technical person and he had the idea to build this satellite project: the idea being that CERN could broadcast its data, measured in experiments at CERN, simultaneously to European laboratories over a satellite.

Ben: [00:01:21] And we did that. It was a five year project. I can tell about that in more detail later. But at the end of that project, I needed a job. And so I'd had one illustrious boss that everyone was afraid of. Now I had to find another boss who would, you know, nourish me and protect me and so on, which I'd always needed - a good boss. And I found this in the shape of the then Leader of the Software Group of the IT Department, a guy called Les Robertson, a Scottish guy, and Les - during conversations we'd had during the satellite project and other times - Les had decided that distributed computing was the way to go.

[00:02:11] Now, Les was the head of software in a department which was dominated by mainframes, mainframes and proprietary computers. So: IBM mainframes and Digital Equipment mini-computers, and so on. But he had been bitten by the bug of distributed computing. So he stepped down from being a Group Leader, became a humble Section Leader, and he took me and another younger guy called Frederic Hemmer, who is now the Head of the Computing Division at CERN, and we formed the DC Section - Distributed Computing Section - three people in this very big Software Group. And the first thing we started to look at, and I started to look at, was Remote Procedure Call (RPC). We were looking for protocols that would help us connect all these very disparate computers all over the campus at CERN, for which we only had a home made network, which connected a few of these computers, but we really didn't have a proper network. So it was in looking at that, after looking at that, that it became known we were working on this, that a young man called Tim Berners Lee some years later, probably three or four years later, came to me to learn about RPC. (Now, ah sorry, it wasn't so much - it was maybe in '84, '85). Because he had been given a project using RPC to work on in a different group. It was in the same Division at that time. So he'd heard we'd worked on it and that's how I met Tim Berners-Lee. And I noticed, you know, this bright young guy: nobody knew what he was going to do, of course. But the first contact was made then. Later, when Tim was working seriously on the Web design, he came back to me to talk about that design. But that was later. That was in '88 or so.