My experience at CERN raised the bar for my future ambitions. 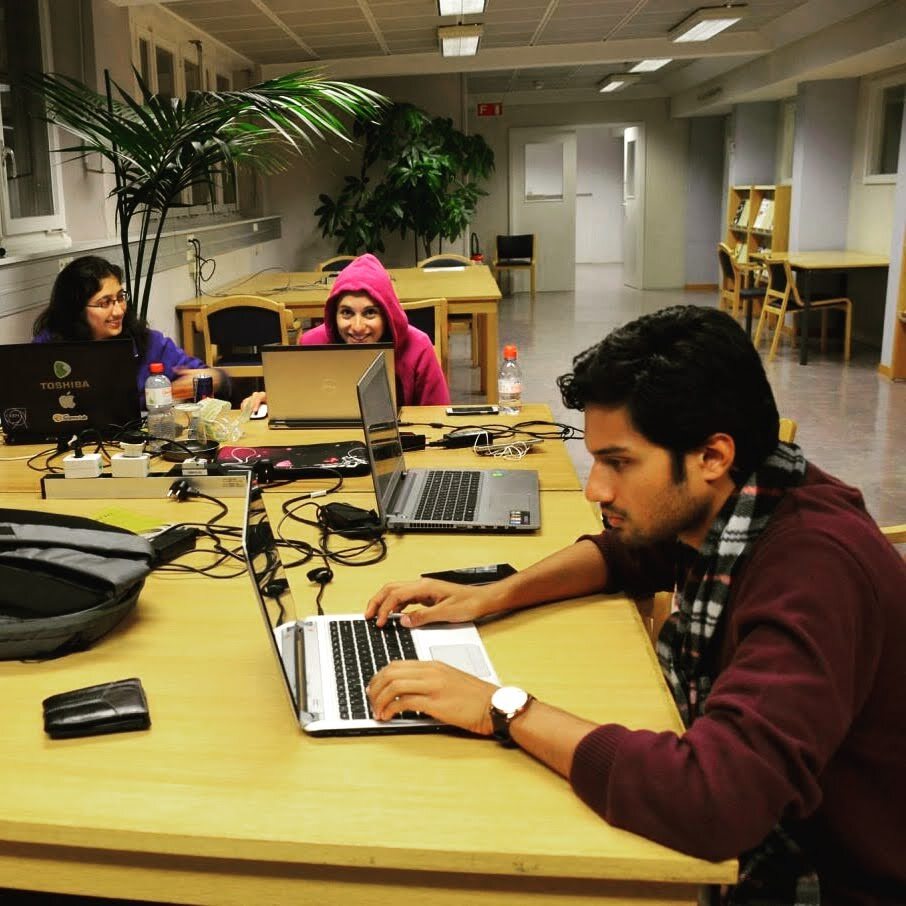 OAR: When did you come to CERN as a Summer Student and what did you work on?
Anirudha: I interned at CERN as an Openlab Summer Student in 2015. I worked with the IT-DB team, on a scalable pipeline to ingest LHC data from the CMS experiment into CERN Hadoop clusters. We released our work as open-source software at the end of my internship.

OAR: What is your best memory of working at CERN?
Anirudha: I often used to get lost inside the CERN, because it's so huge! It actually allowed me to explore areas I would otherwise not visit, although I soon learned to use my fellow interns for navigation.
Work was a lot of fun, and having lunch together was an important rule. I would occasionally walk past the former office of Sir Tim Berners-Lee, and just appreciate the simplicity of it. The trip to Zurich, organised by Openlab, was quite memorable, especially the experience of visiting Google Zurich and attending lectures at ETH and EPFL.
Life at CERN didn't stop after work. Starting from the parties, and the barbecues, to venturing out in the city, cooking and sharing dinner, and having endless late-night discussions. Thanks to the diversity of our fellow interns, each one of us managed to learn essential vocabulary in a dozen languages.
Needless to say, some of my dearest friends today are the ones I met at CERN.

OAR: What are you currently doing and where are you located?
Anirudha: I'm currently based out of Paris. I am Software Engineer at Ledger, working on the tech behind cryptocurrency hardware wallets. More specifically, I work on a product for financial institutions to secure and govern crypto assets, such as Bitcoin.

OAR: What skills did you develop during your CERN Summer Student experience which have been particularly useful in your subsequent career trajectory?
Anirudha: I had the good fortune to know many brilliant people at CERN, which taught me a lot of humility. It was also where I learned how to write elegant code, and apply the right mental models for solving hard problems. I developed strong work ethics as a result, and it certainly had a huge impact on my personality. Finally, my experience at CERN made me very independent in life, and also raised the bar for my future ambitions.

OAR: What skills did you need to develop further when you left CERN to face your next challenge?
Anirudha: One of the skills I later learned in my career was to meticulously plan and document things; essentially using project-management tools for personal as well as professional activities. When I was an intern at CERN, my approach to work was very random. I think I'm a bit more organized now.
Two other departments where I realized I had to improve on were - narratively structured writing, and being articulate. I picked up some of these skills while at CERN, although it's still a work-in-progress.

OAR: What advice would you give your younger self?
Anirudha: Don't be intimidated by things you don't understand. There is no such thing as a stupid question. Try as many different things as you can, but pick something where you can express your creativity. Your career will outlive your favourite technology / programming language. If you find yourself becoming an expert beginner in something, go back to the drawing board.

OAR: Do you still follow up on what is going on at CERN?
Anirudha: I do keep a tab on Twitter, and our internal social network for CERN alumni. It's been 5 years since I interned at CERN, but I keep coming back. I attended the CERN Alumni First collisions in 2018, where I met some of my former colleagues, bringing back a lot of nostalgia. I was also fortunate enough to get an invite for attending the 30th Anniversary of the World Wide Web last year, which was a phenomenal experience for me. I always make it a point to meet my former supervisors whenever I visit CERN.

OAR: In your opinion, what is the unique value of the CERN Alumni Network?
Anirudha: It's a large family in a small world! I have randomly run into CERN alumni in conferences, during interviews, and even in cafés!
As a CERN Alumni, you're part of the same network as the inventors of the World Wide Web, the touchscreen, and the God particle. The CERN Alumni Network has a rich concentration of talent, experience, expertise, and diversity.

OAR: What is your proudest achievement?
Anirudha: I'm extremely proud of my contributions to open source software, over the course of the past decade. From initially writing tutorials for VideoLAN and OpenSUSE, to building weather software that helped understand model handling of the Italian flash floods of 2019; I consider each as a way of leaving a legacy behind, often without the expectation of getting paid for it. These days I'm contributing to btcd (Bitcoin in Go) in my spare time, among a few other things.