A dream, determination, hardwork and a sprinkling of magic!

OAR: When did you come to CERN as a Summer Student and what did you work on?
Moises: I started working at CERN the third week of June 2019, just a couple of days before my 21st birthday. I was welcomed into TE-ABT (Technology Department, Accelerator Beam Transfer group) where I developed several studies analysing the trajectories of protons moving across transfer lines TI2 and TI8, the two tunnels that connect particles leaving the SPS accelerator and inject  them into the LHC, for the RUN 2 period 2015-2018. To perform this analysis I created a piece of software with several thousands of lines of code, including mathematical models, that automatically analysed millions of points of data and would extract the key patterns of particles' trajectories for any chosen period of time in this 4 year range.

OAR: What is your best memory of working at CERN?
Moises: Perhaps my visit to CMS, which has a special meaning to me. Approximately 7 years ago, I came to CERN during the open days and I had the chance to go underground to visit this experiment. It was then, when I was in front of this enormous machine needed to detect the tiniest blocks of matter, that I decided I wanted to be a physicist and, more importantly, that I wanted to be a physicist at CERN.
Visiting CMS during my CERN Summer Student experience meant I had accomplished my life-long dream.
Also, CERN is located in an ideal location to be in contact with nature, I constantly remember my weekends going hiking in the mountains, paragliding or driving a boat on the lake with colleagues from CERN who are now some of my best friends. 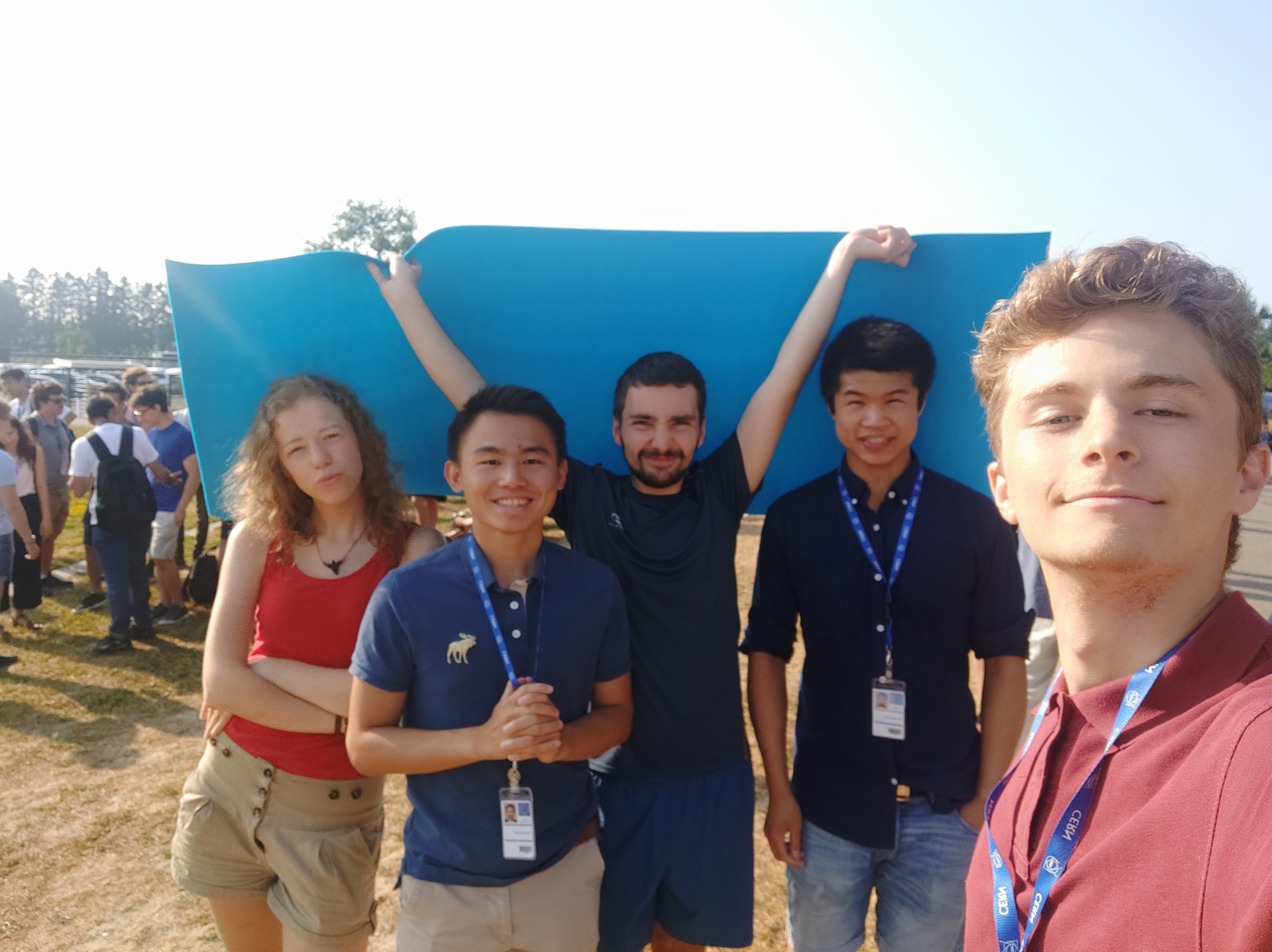 OAR: What are you currently doing and where are you located?
Moises: I am currently working on my Master's thesis at the University of Liverpool. I am doing research in Dark Matter contributing to the construction of the FASER experiment at CERN. Despite not working from Meyrin, I am happy to keep contributing to the scientific community by doing work for CERN.

OAR: What skills did you develop during your CERN Summer Student experience which have been particularly useful in your subsequent career trajectory?
Moises: When I arrived in the department I was assigned to I was given an office and a project to work on, I had to analyse a lot of data, generate a Model Independent Analysis to extract key information from the data and identify patterns, etc. The way to develop this study was completely up to me, full freedom of work as long as I delivered the results expected for each deadline.
This process helped me to learn how to develop  thorough research on my own and fast-learning programming languages that I may not be so familiar with but which can mean a key improvement on the research, either to develop simulations, reduce processing time or automatise processes.
All of this has been really useful during my Master's research and other projects I have started outside University, helping me to structure and organise a detailed research on any topic while learning any tool I may need in a short time.

OAR: What skills did you need to develop further when you left CERN to face your next challenge?
Moises: As I discovered during my time at CERN, presenting scientific results on PowerPoint is sometimes a bit tricky. You should be able to explain in a single slide the results of a given study you have prepared which in your report can take up to several pages. I learnt a lot during my last couple of weeks at CERN where I worked with my supervisor on how to improve my presentations. During my Master's I have been able to implement those learnings but I realised from speaking with my new supervisor that there was still room for improvement.

OAR: Would you recommend the CERN Summer Student programme to other people?
Moises: Yes, to anyone. If you want to contribute to the scientific community this is the place to be. CERN is at the forefront of research in physics and in the development of new technologies, this Summer Student Programme will give you access to the latest innovations, it doesn't matter if you are a physicist, mathematician, engineer, computer scientist... there is no place like CERN if you want to make a true impact in science. 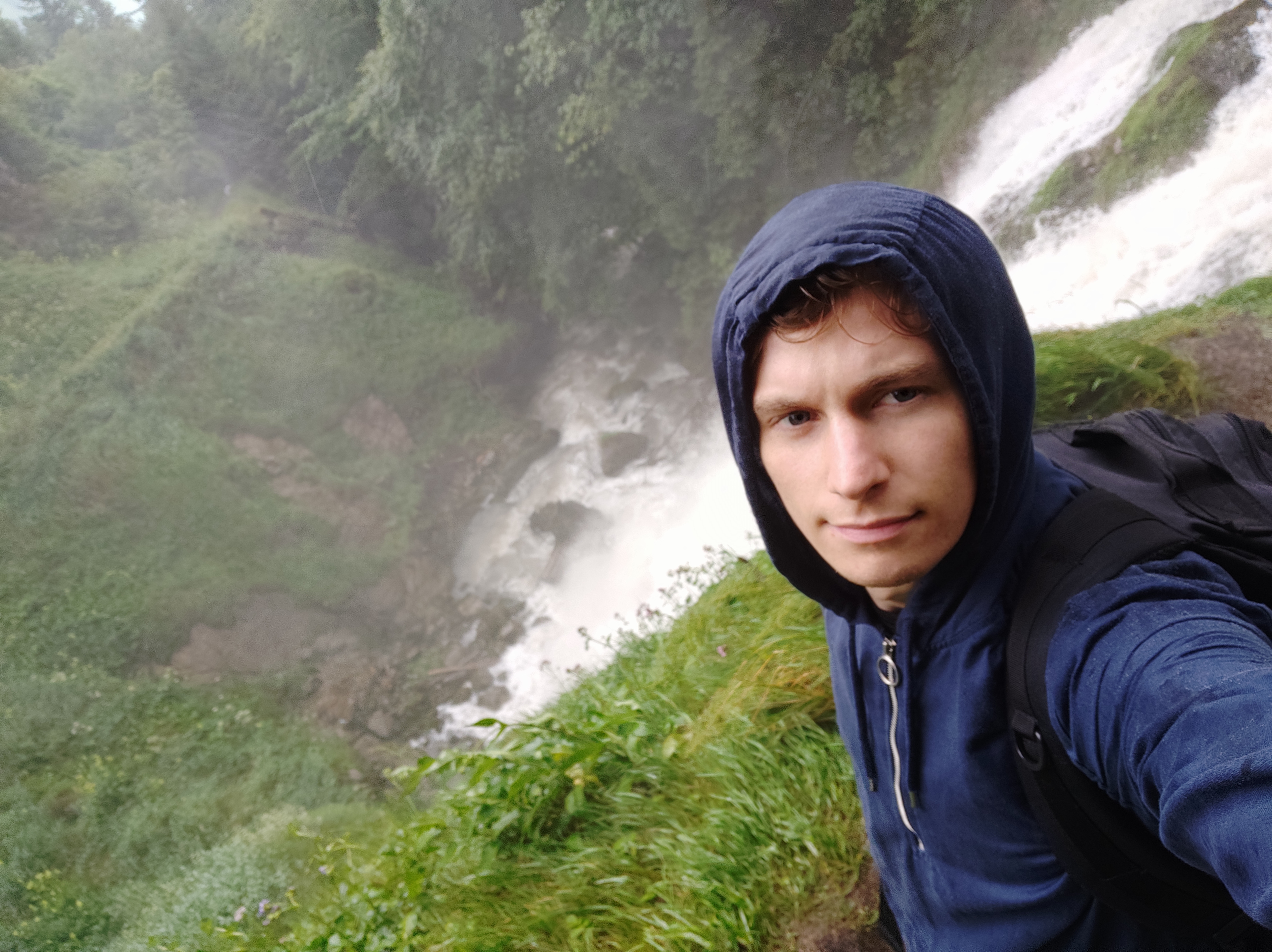 OAR: What advice would you give your younger self?
You can do anything!
I have wanted to work at CERN since I was 14 years old, so I pushed myself to be one of the best performing students in my high school and then during the baccalaureate. I knew that some of the best Universities for physics were in the UK so, I started working when I was 15 while studying so that I could earn money to cover some of the expenses of living abroad. Eventually I was accepted into the University of Liverpool, a university I targeted because of their professors as they are recognised for their leading contributions to physics and CERN.
It was a long journey where I had to plan long term and put a lot of hard work but eventually I turned this dream into a reality.
The real proof that you can do anything you want if you want it hard enough.

OAR: Do you still follow up on what is going on at CERN?
Moises: Yes, I do. I follow CERN and some of its different experiments (High-Luminosity LHC, ATLAS experiments, FCC study...) through LinkedIn where I am an active member. I like to learn about the latest developments and timelines for experiments as well as hear from current and former employees. CERN is known for hiring some of the best minds in their respective fields so it is always exiting to see what the alumni are currently working on.

OAR: In your opinion, what is the unique value of the CERN Alumni Network?
Moises: The CERN Alumni Network is a group of people really focused on helping each other and on the exchange of knowledge. In the end what brings us together is our love for science and here we collaborate with each other; we are a community.
Also, a unique value is that CERN, as I mentioned before, focuses on finding the brightest people from all around the world to contribute to their experiments. For instance, during my CERN Summer Student experience there were over 4,500 applicants and just above 300 successful candidates, this is approximately an acceptance rate of 6.7% which means it is harder to be at CERN than to study at Oxford (17.5%) or MIT (7.2%) or even at Yale University (6.9%).
This makes the CERN alumni a compendium of people with different backgrounds which are at the same time the brightest in their fields, a unique value not many Alumni Networks can boast.

OAR: What is your proudest achievement?
Moises: An achievement I am proud of is, of course, being at CERN and working there, also contributing to the research of Dark Matter during my Master's with the FASER collaboration.
Apart from academia, I said before that I had to start working at age 15. For the ensuing 4-5 years I worked as a magician performing at theatres around Europe in my free time. By the time I turned 19 I had won the National Championship of Magic in Spain. By age 20 I was invited to perform at the most important festival for theatrical arts in Europe (with professional magicians from Russia, Italy, France...) in front of a crowd with over 8 thousand spectators; that is without doubt one of my proudest achievements!