A Career on the Move 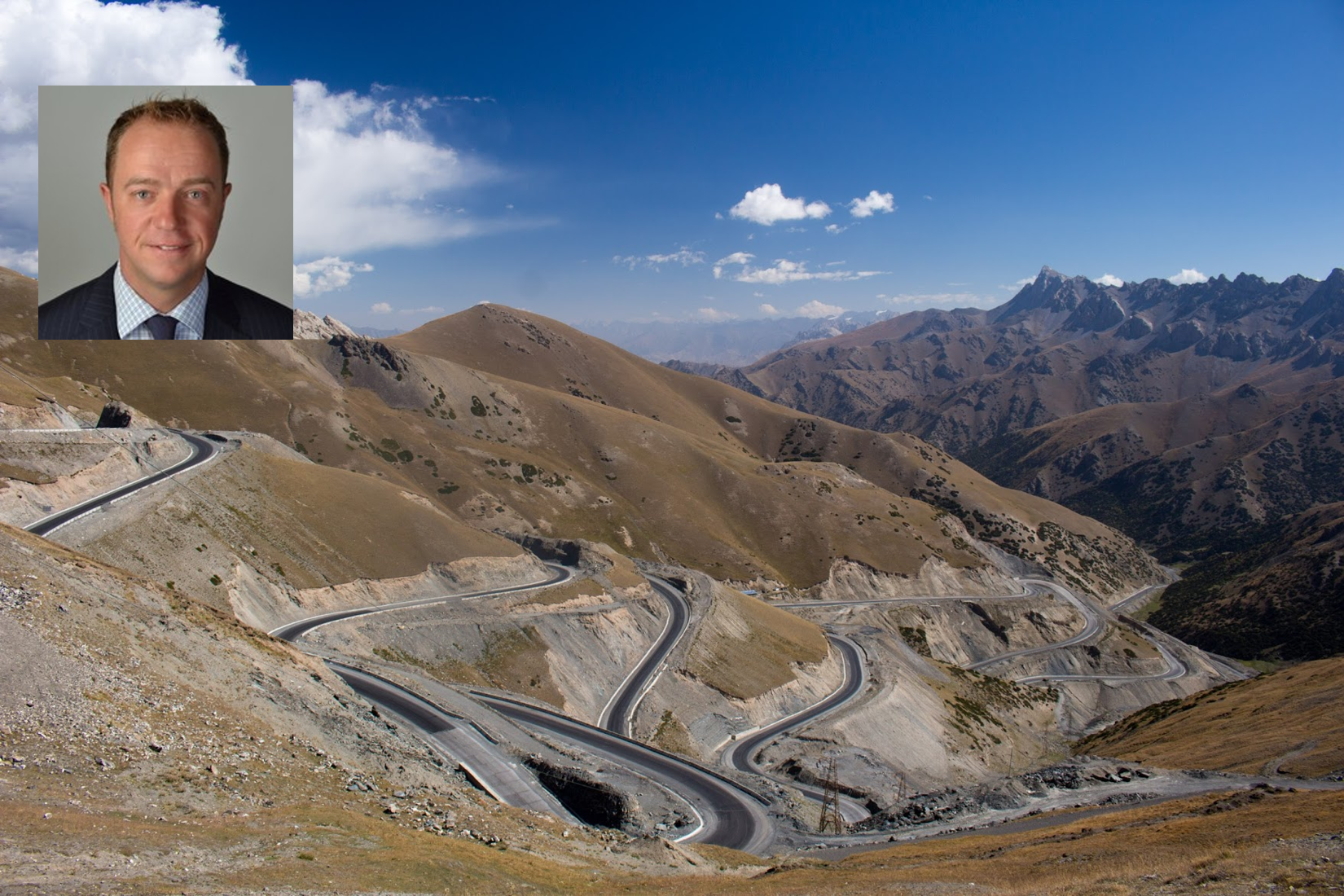 We met Jeff on March 13, 2020, the last day at CERN before the Laboratory was put into 'safe' mode and most of us started working from home. Therefore it was through a video conference that we joined Jeff Thomsen in Japan, at the tip of the island of Honshu, in Rokkasho, where he is working on the LIPAc accelerator. https://www.ifmif.org/
Jeff has just arrived at home and is speaking to us from his personal lab (a place where he enjoys tinkering with electronics), after pedalling like mad through the cold, so he won't be late and turning on the heating as it is only 10c degrees when we begin our interview.

Gentlemen, this is the final test of the LHC

Jeff was only 23 years old when he arrived at CERN in 2004, as a staff member in the power converter group. He started out designing electronic circuits and then moved on to the production of electronic assemblies and the installation of the LHC converters.
"I was on the team that started up the LHC machine and I have great memories of that team," says Jeff, who also has very vivid memories of the September 19, 2008 incident, since he was in the control room that day:
"One of the eight screens in the control room suddenly changed from green to red and I thought it was a computer glitch and that it couldn't be anything else. We were all incredulous, I also remember a colleague who said something rather ominous before the test started: "Gentlemen, this is the final test of the LHC ...".

Indeed, only two days prior, the world media had celebrated the start of the LHC. The BBC had talked about CERN for 24 hours to produce 10 hours of live coverage. The LHC had made the front page of every news channel with more than 1.3 billion viewers.
Jeff still remembers,
"Fortunately - if one can say so - two days before this incident, the media were announcing the crash of the Lehmann Brother bank, which somewhat buried this bad news about the LHC. I even remember that I was the one who signed the circuit breaker log sheet to shut down the electrical installation and authorise the intervention".
Jeff also remembers that the next day, people went back to work to enable the machine to restart a year later.
"This ability to bounce back is simply unique in the world!" he exclaims.

We respond by asking Jeff what he thinks is unique about CERN.

"First of all, it is the technical mastery of projects as complex as the LHC, and therefore the autonomy CERN has to solve the problems posed, that enables the Laboratory to resolve challenges, such as the one in September 2008, as quickly and agilely as possible.  By way of comparison, today I am working on a project whose size is nothing like that of the LHC.  This project suffered from the 2011 earthquake in Japan and is now two years behind schedule, while no part of the project is being produced on site".

With the temperature in his home laboratory becoming more pleasant, Jeff is smiling again and tells us that, in his opinion, "CERN is a global laboratory that masters the technology chain from one end to the other. As a result, we meet engineers there! Compared to other laboratories that manage more external contracts, the constraints are different, less technical".

According to Jeff, there are two other reasons that make the Organisation unique:
"People are happy to live in the Lake Geneva region, be that Geneva, the Canton of Vaud or the Pays de Gex; it is certainly is a magnificent and very welcoming region for those who love sports and the outdoors. It’s also appealing for families where the city rubs shoulders with the countryside.  What's more, spouses can also expect to find a job, which is very important and very often influences decisions to relocate".
Knowing that Jeff has relocated several times, we ask Jeff to retrace his journey for us.

After studying  at the University of Strasbourg, Jeff is 20 years old and goes to Antarctica for a year where he worked as a seismologist.

He then applied to CERN and obtained a 3-year contract, renewable for three years. He joined the group in charge of power converters, headed by Frederick Bordry, now Director of the Accelerators and Technology Sector.

"I had little experience but had the chance to gain unique experience at CERN, and from a very, very high level. You can stand on the shoulders of giants, it is not common. In addition, CERN owes as much to its employees as the employees owe to the Laboratory. I don't know if the CERN I knew has remained the same organisation today, but at the time, staff had both a great deal of freedom and great responsibilities that they fully assumed. I have not found this in my successive jobs, even though they were also international laboratories.  Where I work today, I don't have such autonomy and we have to go through lots of red tape for every decision".

CERN, ITER and then the UN

Towards the end of his second three-year contract at CERN, Jeff decides not to apply for an indefinite contract. He receives an offer from ITER and his desire to work elsewhere is strong, despite his attachment to CERN and the Geneva region. He is not the only one, by the way: 'At that time, we were several staff to be recruited by ITER'.
Unfortunately, it proved to be a disappointment:

"This transition from CERN to a very bureaucratic organisation was a shock. Moreover, I took up this new position based on a promise - the construction of the world's largest tokamak by 2016 - which has not been kept. The first plasma is now planned for 2026. We are therefore further away from it than we were a decade ago."

After three years at ITER, Jeff applies for and receives a position at the IAEA. He then moves to Vienna and joins the Nuclear Inspection Department to install nuclear instrumentation.

"I was able to develop other things there , a phase of my personal life that I had missed until then, and I have fond memories of it, but I missed the high technicality aspect".

He adds: "When you are very young and you start your career in an environment like CERN, you can't imagine that other organisations are run any differently elsewhere.”

Around the world by bike and traveller's fatigue

Jeff leaves the IAEA in 2015 after three years to embark on a solo round the world cycling tour. This time it is the desire to meet curious, interesting people that drives him to this adventure. He also tells us a much deeper and sadder reason:

"At that time I lost a friend, an operator who worked with me at CERN. He was a wonderful colleague, an exceptional human being, full of life and always available for others. Seeing him swept away so quickly by illness deeply saddened me and reminded me of the importance of meeting exceptional people, not just those who are only interested in changing their smartphone for the latest model. It also made me realise how much of a Westerner I am: the desire to do. A sincere attachment to the purpose of a project. This is universal thinking."

Jeff's bike trip lasts 14 months: Starting in Vienna, he cycles down into the Balkans, through Greece and Turkey, the Caucasus, Georgia, Armenia and then arrives in Iran where he finds temperatures approaching 50 degrees!

Then the Pamir mountains, Central Asia, where he spends three weeks at an altitude between 3900 and 4600 metres above sea level.

Jeff recalls his journey: "I lost a lot of weight and was just skin and bones. Then I travelled through Korea, Japan, South East Asia, taking in Singapore, Thailand, Malaysia, Laos and Vietnam. Then I went to another continent, South America, and there, in La Paz, I encountered the “traveller’s burn-out” the "burn-out", overload by travel and constantly changing landmarks. From one minute to the next I realised that I had to stop and 24 hours later I landed in Madrid. I remember crying when I saw a fifty euro note and familiar faces".

From the Czech Republic to the Valais and then to Japan.

At the end of 2016, Jeff returned to Geneva and applied for a job at CERN, without success. He was also unable to find a job in the region and decided to work on an electro technical development project in the Czech Republic. There he meets his future wife.  Unfortunately, it is not easy to integrate when you do not speak the language and Jeff tries very quickly to return with his family to the Lake Geneva area.

"I applied for a position in Valais to work on the construction of the Nant de Drance pumping station. The job was for the installation and commissioning of electrical equipment. However, I was by far the youngest member of the team and the site managers were on average 60 years old and were not comfortable with computerised project management. As a result, I found myself working on quality assurance. In fact, several times in my career I have applied for a specific job and been given other duties. When the project in the Valais ended, I wanted to work in a scientific environment again, so I accepted an offer for an 18-month contract in Japan.  It is hard to imagine why this place was chosen... because there is nothing there! There are shops and snowstorms are frequent."

Only hopes, No regrets

We ask Jeff if he would lead his career differently, in light of his many experiences

"I have no regrets because doing what you believe you should do even if it's the hardest way, and even if things don't go the way you want, is a good thing. Without all these experiences, I would not be the same.  When a young person is under thirty, the question that should be asked is not "Why are you leaving?" but rather: "Why didn't you leave?" ".
"Today I need stability and also for my family. It will be in the lake region or somewhere else. Apparently CERN needs good technicians and is having trouble finding them. Why not agree to re-employ former employees who not only have the required skills but who also have more experience. No other organisation or company, to my knowledge, has such a strict contract policy and I don't understand the meaning of it.”
"And CERN also has the best canteen!" he adds with a wink of an eye.

Support from the CERN Alumni Network

Jeff has only recently become a member of the CERN Alumni network. We remind him that he can contact its members to prepare for the next stage of his career. We also remind him that the CERN Alumni Relations team is in contact with EIROforum organisations to pool their available positions and share their talent pool.
"Thank you for this great initiative and have a nice WE to you" concludes Jeff by opening a Czech beer in his premises, now completely warmed up.

We thank you Jeff and wish you good luck for a return to the Geneva area!
Authors : Laure Esteveny and Jacques Fichet