Influencing direction! The CERN Alumni Advisory Board met on 20 November. 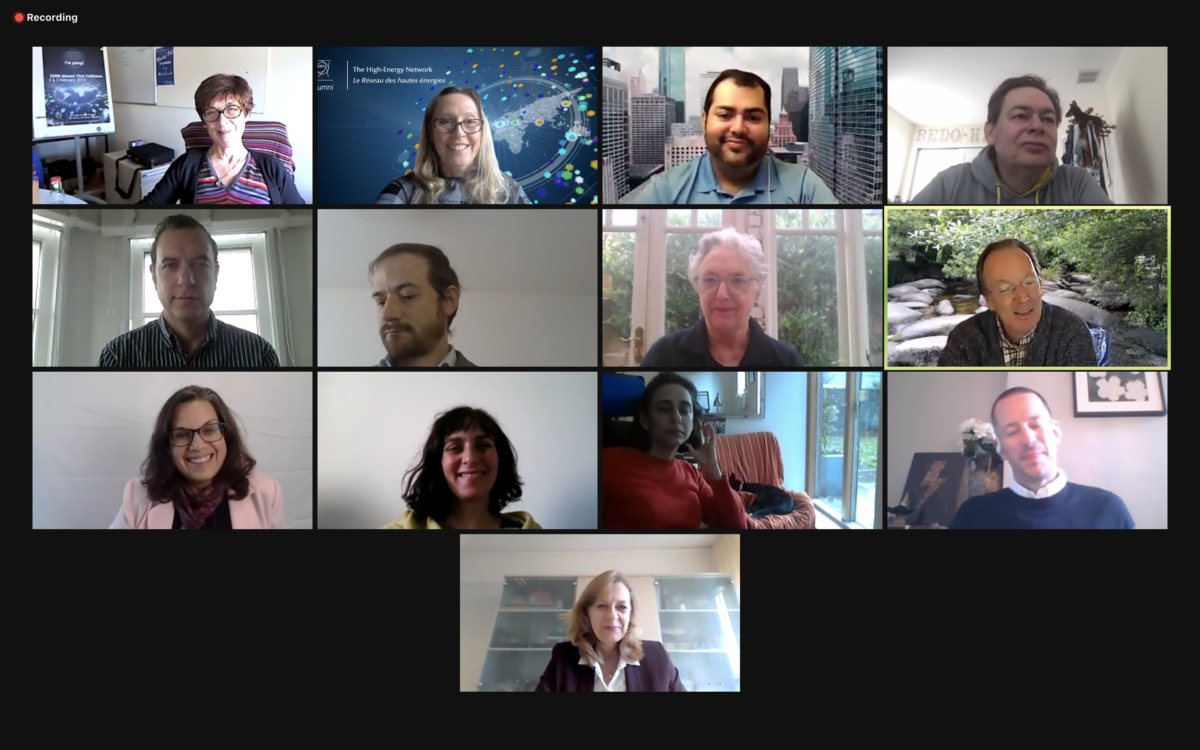 Around the virtual table, the members were:

At this meeting the Committee members received comprehensive information on the activities and achievements of the Office for Alumni Relations (OAR) during the year , as well as a presentation of the proposed strategy and roadmap for the period 2021-2023 to come. The Committee also received a most interesting presentation by Christine Fairchild of the prestigious annual Oxford Alumni event, 'Meeting Minds'. Christine explained how her team, due to COVID19, demonstrated creativity and agility in transforming the event virtual, with a resounding success. Much food for thought for the OAR, who is preparing its Second CERN Alumni collisions for autumn 2021.

Very importantly, the Committee received a report from Nick Bonney, Deep Blue Thinking (UK), the independent consultant who performed the CERN Alumni Global Survey this summer.  He presented the results of the survey, which were extremely important for preparing the roadmap for the future. More than 875 alumni responded to the survey and, as promised, the OAR will share the results of this important measure of satisfaction with the community in the coming months.

Two special guests joined the Committee, Ian Bird, CERN alumnus from CERN's IT Department and Maria Gallo, Founder and Principal Researcher of KITE- Keep in Touch Education who have been appointed by the Director-General as new members of the CAAB starting form 1 January 2021.

They will be replacing Michael Botlo and Christine Fairchild, who completed a three year mandate within the CAAB. We should like to thank Michi and Christine warmly for their continued support and contribution to the success of the CERN Alumni Network and we ask them to please … stay connected!