This week’s selection includes several mentions of Fabiola, like the interview given to Sky TG24, her participation to the “Mind the STEM Gap” manifesto, her being listed in the 2021 top 100 of Women in Business, her speech at the annual assembly of the Industrial Union which took place at the Pastificio Rey in San Damiano and her participation in the celebration of the 70th anniversary of the National Institute of Nuclear Physics in Rome.

The press release on the election of Professor Eliezer Rabinovici published on the 24th of September still receives wide media coverage. Additionally, Sparks! Forum that took place on 17-18 September was also mentioned in a few media.

Other mentions include Little Amal visit in Geneva on 28-29 September and her meeting with representatives of Physics Without Frontiers (ICTP) at CERN on 29 September, the use of OwnCloud Platform, the way that LHC operates and the upcoming Scientific Symposium organized at CERN on the occasion of the 50th anniversary of Hadron Colliders.

We wish you all a very nice week. 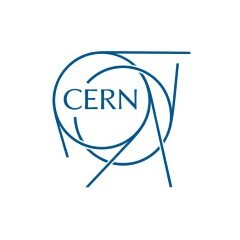