Keeping the links (also) through a book 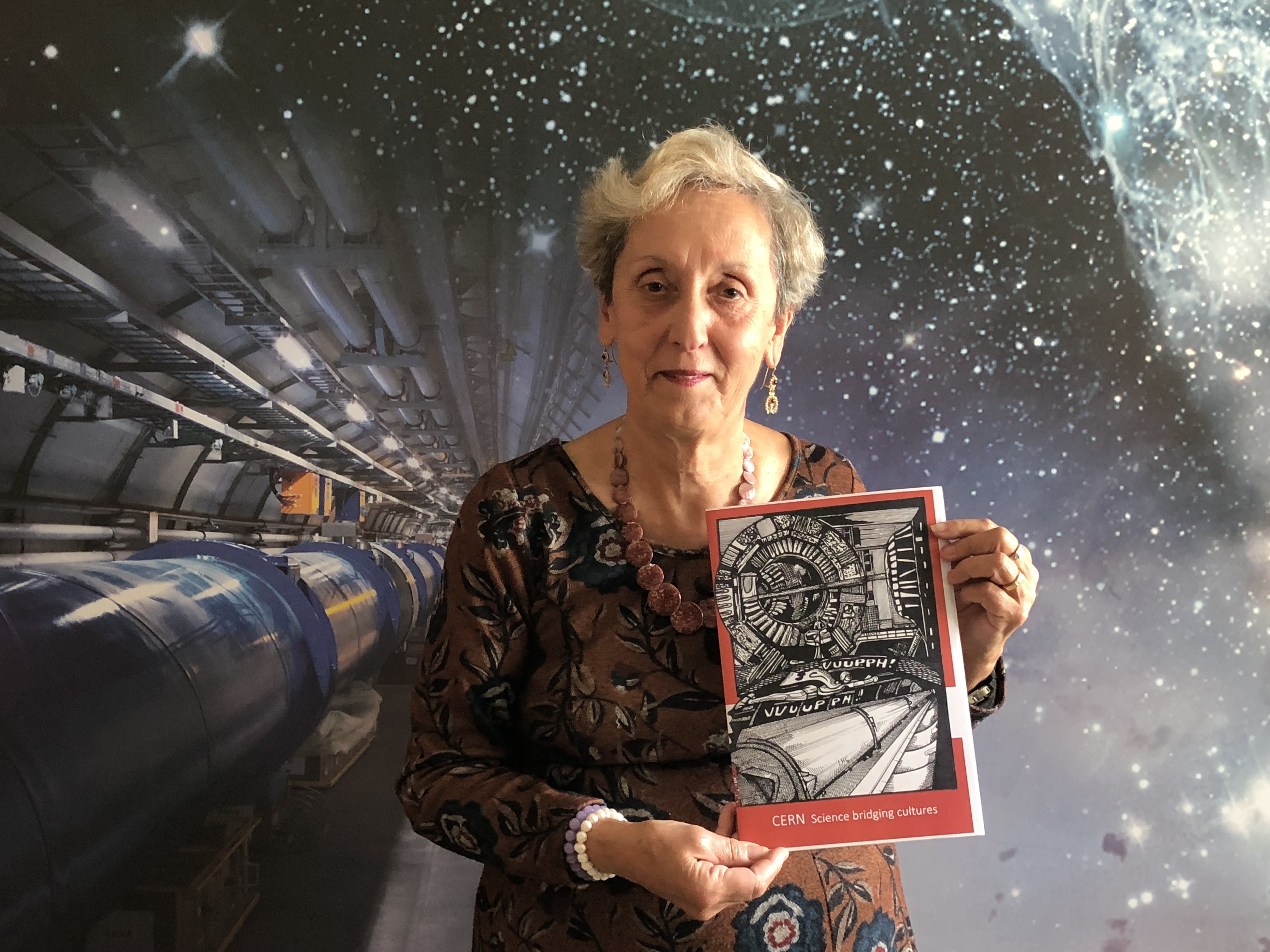 Marilena Streit Bianchi has been a true pioneer throughout her career. With her PhD in Biology, she arrived at CERN from Italy in 1969 to study the biological properties of accelerated particle beams. In those years, at CERN, D. Townsend and A. Jeavons were starting to develop the innovative PET technology and Marilena – a rare woman among many male scientists – got involved. During the construction of the LHC, she was responsible for the Technology Transfer section of CERN. Today, she is a senior honorary member of CERN and actively engaged in a number of initiatives, including  Nairucu Arts, a non-profit Association in Mozambique for which she is in charge of communication and exhibitions.

Marilena’s links with CERN were not disrupted by her retirement and one of the things that demonstrates it best are her books about the organization of which Marilena is either contributor or editor. Marilena’s most recent success is the book entitled “CERN, Science bridging cultures”. “With this book,” she explains, “I wanted to highlight that CERN is not just a physics laboratory where new particles are discovered but a large, multicultural organization and a truly genuine melting pot of diversity of competencies and humanity.”

The book features contributions from former CERN Director General, Rolf Heuer, HL-LHC Project Leader, Lucio Rossi, and various other scientists and members of CERN Management. “It’s really “first-hand” content,” describes Marilena. “Authors have written about their own work or field of activity and how they have contributed to the fundamental mission of CERN. I am really grateful for all the work they put on the book.”

Marilena's passion for art (she is also art exhibition organizer of ARSCIENCA, the International Science and art Association) is also reflected on the book, which contains very inspiring illustrations by Mozambican artist Justino António Cardoso, one of the artists involved in the “Nairucu-Arts” projec that offers opportunities for artistic developments in the remote region of Nampula. “Justino had never had any contact with physics or physicists before he came to CERN,” remembers Marilena. “It was the first time he had left his country. He will forever remember his week at CERN.”

The book is distributed for free in English, French, Italian and Portuguese under the CC BY license. It will soon be available in Spanish and German.

ISOLDE peers into the world of DNA

Jun 22 CERN Updates
SSO login
Not a member yet?
Join Now!
Cookies help us deliver our services. By using our services, you agree to our use of cookies.